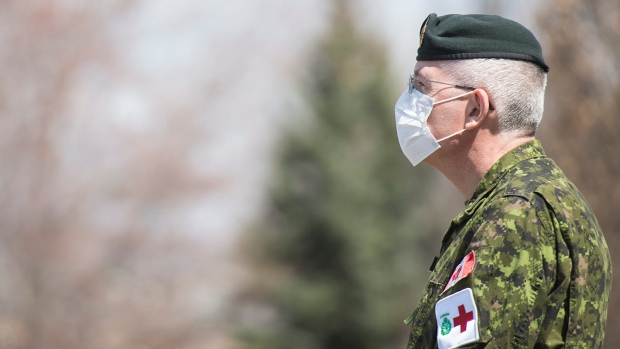 The federal government is sending armed forces to help with the COVID-19 vaccination campaign in Quebec.

Minister of Emergency Preparedness Bill Blair made the announcement via Twitter on Monday morning.

“Following our approval of Quebec’s request for federal assistance, Canadian Armed Forces personnel will begin their deployment today to support the province’s vaccination campaign,” he wrote. “Our officials continue to assess what other federal resources can be used to help the province. fight COVID-19. “

In an email, spokesman Lt. Daniel Alejandro Pineda Revelo told CTV News the Forces had looked at “several scenarios involving different regions”, but at the request of the province, they “would focus on the moment in the Montreal region ”.

“Once the reconnaissance is complete, we will be able to deploy the appropriate number of troops to the locations targeted by the province,” he said, adding that “some members could receive their familiarization session as early as tomorrow”.

Tasks could include welcoming people to the vaccination center, guiding them through the steps to get vaccinated and cleaning and disinfecting surfaces and areas, he explained.

The decision to deploy military personnel follows a request made two weeks ago by Quebec’s Minister of Public Security, Geneviève Guilbault, who asked for help to increase the number of shots administered daily in the area. province.

“Omicron threatens the hospital capacity of Quebec. We must speed up the vaccination of Quebeckers, ”Guilbault said on Twitter on December 21.

As of Monday, active cases in Quebec exceeded 100,000 and hospitalizations are on the rise, with nearly 1,400 hospitalized patients, including 181 people in intensive care.

“At the moment we are not only trying to catch up, but we are trying to grab the last life jacket from a sinking ship,” he said. “I hope that by having the armed forces available we can solve the personnel problem. We can sort out the number of mass vaccination sites available and this will help people avoid the bottlenecks they have encountered. . “

On Monday morning, Quebecers stood in line for hours – sometimes outside in the cold – while waiting to be vaccinated against COVID-19.

The province announced last week that it was deploying reminders, a third dose of the COVID-19 vaccine, to all Quebecers 18 years of age and over.

Appointments are already available for those aged 60 and over and other priority groups, including those in certain professions and people with health concerns, and will gradually open from Tuesday to January 21 for older age groups. youth.