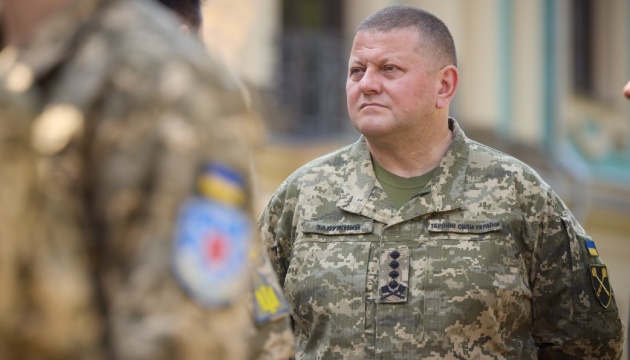 The Armed Forces of Ukraine will not accept any negotiations, agreements or compromise decisions.

This was stated by the Commander-in-Chief of the Armed Forces of Ukraine, Valeriy Zaluzhnyi, during a phone call with the Chairman of the US Joint Chiefs of Staff, General Mark Milley, reports Ukrinform with reference to the Zaluzhnyi’s Telegram channel.

“I assured that we will fight as long as we have the strength. Our goal is to liberate all Ukrainian land from Russian occupation. We will not stop on this path under any circumstances. The Ukrainian army will not accept no negotiations, agreements or compromises. There is only one condition for negotiations – Russia must leave all captured territories,” Zaluzhnyi said.

The commander-in-chief of the armed forces also informed his American counterpart of the operational situation and the priority needs of the defense forces. “The situation at the front is stable and under control,” he noted.

According to Zaluzhnyi, “we are closely monitoring the actions of the enemy on the border with the Republic of Belarus and building a reliable shield to protect northern Ukraine. The defense forces, despite the fierce resistance of the occupying forces, continue offensive actions in the direction of Kharkiv. The enemy is actively attacking on the borders of Bilohorivka-Soledar-Bakhmut-Mayorsk and Avdiivka-Opytne-Vodiane-Pisky-Marinka-Pavlivka, but has no success. We hold defense due to the resilience of our advanced units and combat-ready forces.In the direction of Kherson, we are carrying out stabilization measures and strengthening the lines of defense.

Photo: Office of the President