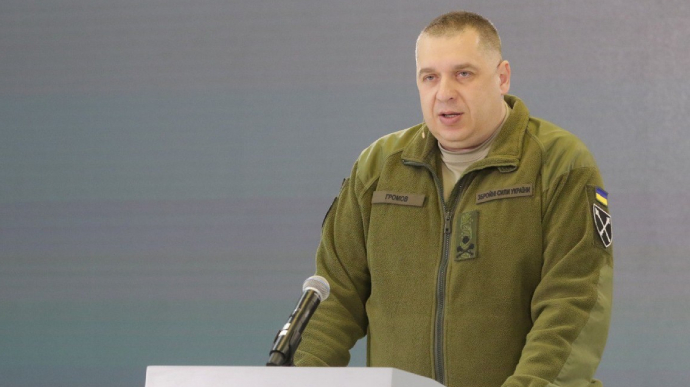 The General Staff of the Armed Forces of Ukraine neither confirms nor denies the withdrawal of the Russian occupation forces from Kherson; the counter-offensive of the Ukrainian armed forces continues.

Source: Oleksii Hromov, deputy head of the Main Operational Directive of the General Staff of the Armed Forces of Ukraine, during a briefing on November 10

Quotation: “Just like when the enemy withdrew from Kyiv and Kharkiv oblasts and left Zmiinyi (Serpent) Island, the so-called retreat from Kherson is the result of our proactive actions.

The Defense Forces of Ukraine destroyed enemy logistics routes and supply systems directly on the Kherson front; they also disrupted its command and control system. Therefore, the enemy had no choice but to flee.

But at the moment we can neither deny nor confirm the information about the so-called withdrawal of Russian troops from Kherson. We continue to carry out an offensive operation in accordance with our plan. Wait for the official report of the General Staff on the combat actions of the Armed Forces of Ukraine.”

Previously: On the afternoon of November 9, Sergei Surovikin, commander of Russian troops in Ukraine, announced that the Russian Federation was transferring its troops to the left bank of the Dnipro from Kherson. However, the Ukrainian President’s office said that a significant number of Russian servicemen remained in Kherson; there is no indication that they are withdrawing without a fight.

Journalists are fighting on their own front line. Support Ukrainska Pravda or become our patron!