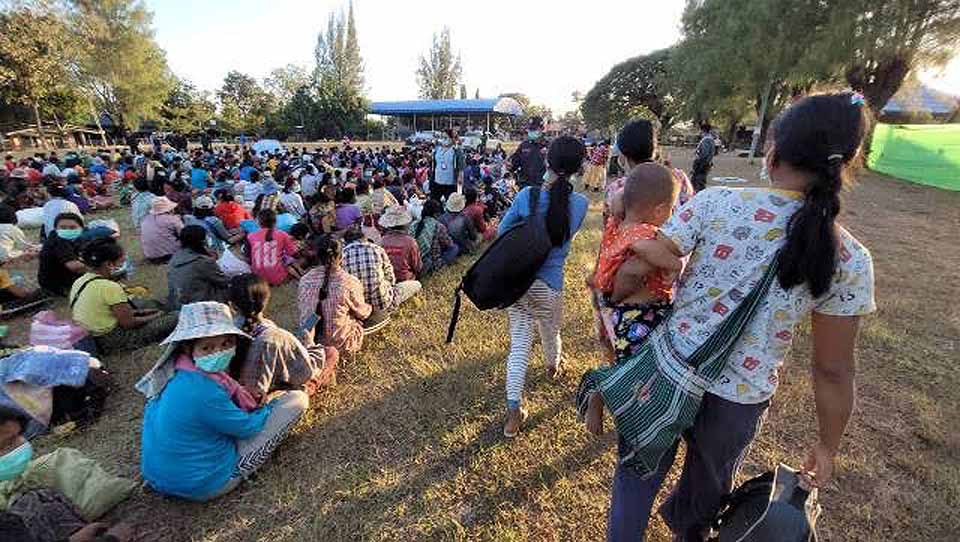 The Thai government has promised to look after all refugees from Myanmar fleeing to Mae Sot district of Tak province amid ongoing fighting between Myanmar armed forces and ethnic Karen rebels.

Describing the move as a humanitarian gesture, Prime Minister General Prayut Chan-o-cha said he had asked officials to prepare to provide the refugees with medical aid and food.

He noted, however, that no new refugee centers will be established as all refugees will have to return to Myanmar once the situation improves. Thailand has already seen an influx of 90,000 refugees from the neighboring country.

Reports also indicate that villages along the Thailand-Myanmar border in Mae Sot have been caught in the crosshairs of mortar fire during intense clashes between Myanmar security forces and rebel groups. There are no plans to evacuate Thais from the affected areas at this time as the government is ensuring the conflict does not spill over into Thailand.

Meanwhile, the Friends Without Borders Foundation issued a statement urging the Thai government to provide shelter for refugees from Myanmar and work with local activists and humanitarian groups to provide assistance.

The fighting escalated on Thursday when Burmese forces carried out aerial bombardments against villages in Myanmar’s Myawaddy province, located opposite the village of Ban Don Chai Rim Moei in Mae Sot district.

Mae Sot district officials have since stepped up security measures along the border and sent field medics to assist injured refugees under strict disease prevention protocols.(NNT)