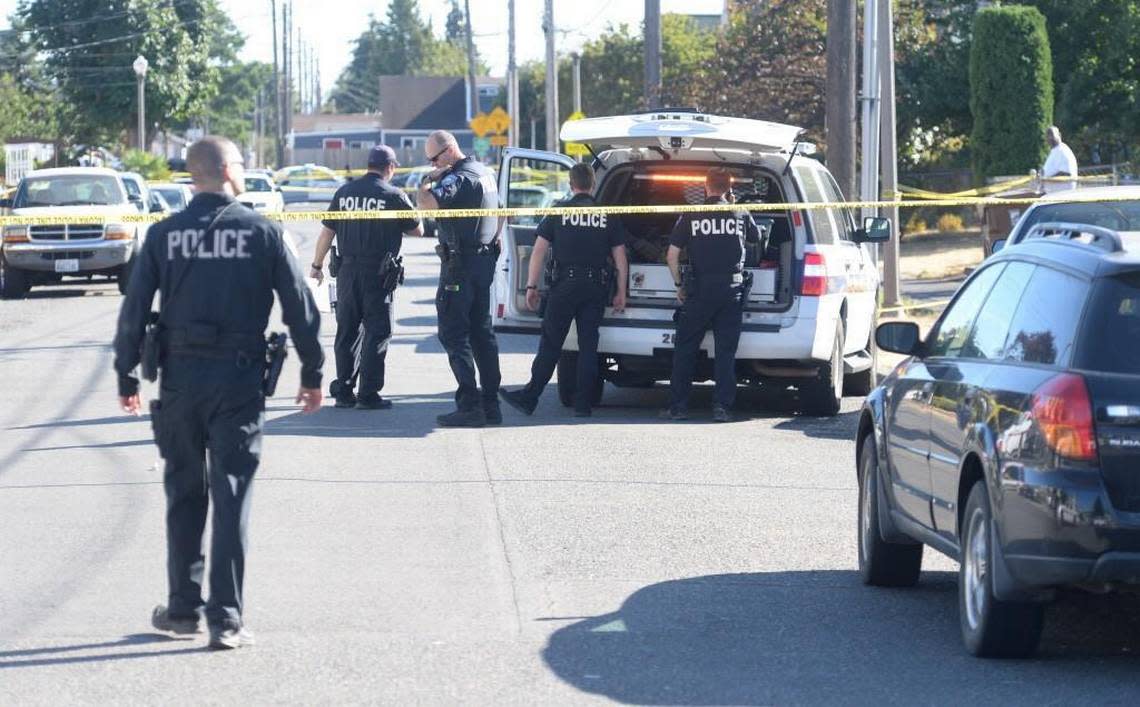 The Pierce County District Attorney’s Office announced Thursday that three Tacoma Police Department officers used justified and reasonable force when they shot and killed a 58-year-old man. who shot them in 2017.

A letter from prosecutor Mary Robnett to TPD Chief Avery Moore outlining her decision provides more detailed insight into what led police to shoot Frankie Santos when they were called to a south Tacoma residential street to reports of a man acting erratically.

Three officers shot Santos and an autopsy found he had been punched six times, the letter said. The officers involved were identified about a week after filming on September 10, 2017 as William Johnson, Matthew Watters and Jeffrey Robillard. According to the letter, Robillard fired the fatal shots with a rifle.

Robnett wrote in the letter that Robillard had “no reasonably effective alternative” to shooting Santos. Robillard went to the scene after gunfire was exchanged between the other officers and Santos. Prior to Robillard’s arrival, Watters and Johnson had hidden behind a patrol vehicle, and Santos was behind a utility pole.

Three 9mm pistols with partially loaded ammunition magazines were found near Santos’ body. According to the letter, all three were purchased by the man between 2012 and 2017. According to cartridges recovered from the scene, Santos fired two of his pistols at least 39 times. Four bullets hit a patrol vehicle, two hit an occupied residence and one hit a resident’s car.

The fatal Santos shooting preceded the passage of a state law that bars law enforcement from investigating the use of lethal force by their own department. This law, Initiative 940entered into force in 2020.

In 2017, Tacoma police routinely conducted their own lethal force investigations, the letter said. This shooting was investigated by the department’s Major Crimes Investigation Team, and an investigator from the DA’s office also participated and observed. The Pierce County Medical Examiner’s Office conducted its own medical investigation.

The incident began when police were called to the 5600 block of South Lawrence Street to reports that a man had driven into the area, approached a house across the street and banged on a window with a stick. Witnesses reported seeing two firearms on him, one in his holster and one in his back pocket.

It’s still unclear why Santos took to the streets. According to the letter, detectives attempted to determine the reason, but found no association between Santos and the address or neighborhood. None of the non-police witnesses interviewed as part of the investigation knew Santos or had previous contact with him.

Toxicology tests indicated that Santos had 0.10 mg/L of methamphetamine in his blood at the time of his death.

Johnson and Watters arrived at the scene at 3:10 p.m. and found Santos outside a house. According to the letter, the police attempted to speak to him, but their responses were inconsistent. Then Watters saw Santos move his hands to his waist. He repeatedly asked to see the man’s hands, but instead Santos pulled out a gun and pointed it at the police.

“Several accounts from officers and civilians described officers first ordering Mr. Santos to keep his hands up and then drop the gun before the shooting began,” the letter said. “These accounts are corroborated by CCTV and cell phone recordings of the events.”

When Santos pointed his gun at police, Watters fired three shots from his service weapon, then fired another quick burst as he took cover. According to the letter, Johnson drew his gun and took cover with it. Johnson reported hearing Santos fire shots and he fired back. Watters radioed, “Shots fired,” at 3:19 p.m.

“Mr. Santos had positioned himself behind a nearby utility pole and extended his arms around the pole,” the letter reads. “He was pointing and firing two guns at the officers. several meters in front of his patrol vehicle and hit the vehicle itself.

Watters continued to yell at Santos to drop the gun, but he did not respond, according to the letter. More shots were fired by Watters, and at least one appeared to hit Santos. The letter indicates that Santos returned to cover and continued to fire on Watters and Johnson.

At 3:21 p.m., Watters announced over the radio that Santos had been hit by gunfire a few times, but that “he wasn’t going to go down.” Watters asked other officers to approach from the north with a rifle. Around the same time, Robillard arrived in a patrol vehicle from the north.

“Robillard believed there was an imminent threat not only to their lives, but also to the lives of the citizens residing along this block of S. Lawrence Street,” the letter states. “He determined it was necessary to fire his gun to prevent Mr. Santos from shooting them.”

The officer fired two shots at Santos, hitting him in the back. According to the letter, the man fell to the ground but was still moving. He fired two more shots and Santos’ movement stopped.

Officers approached the man, disarmed him, and handcuffed him. The letter says medical responders rescued him, but Santos was pronounced dead at the scene.