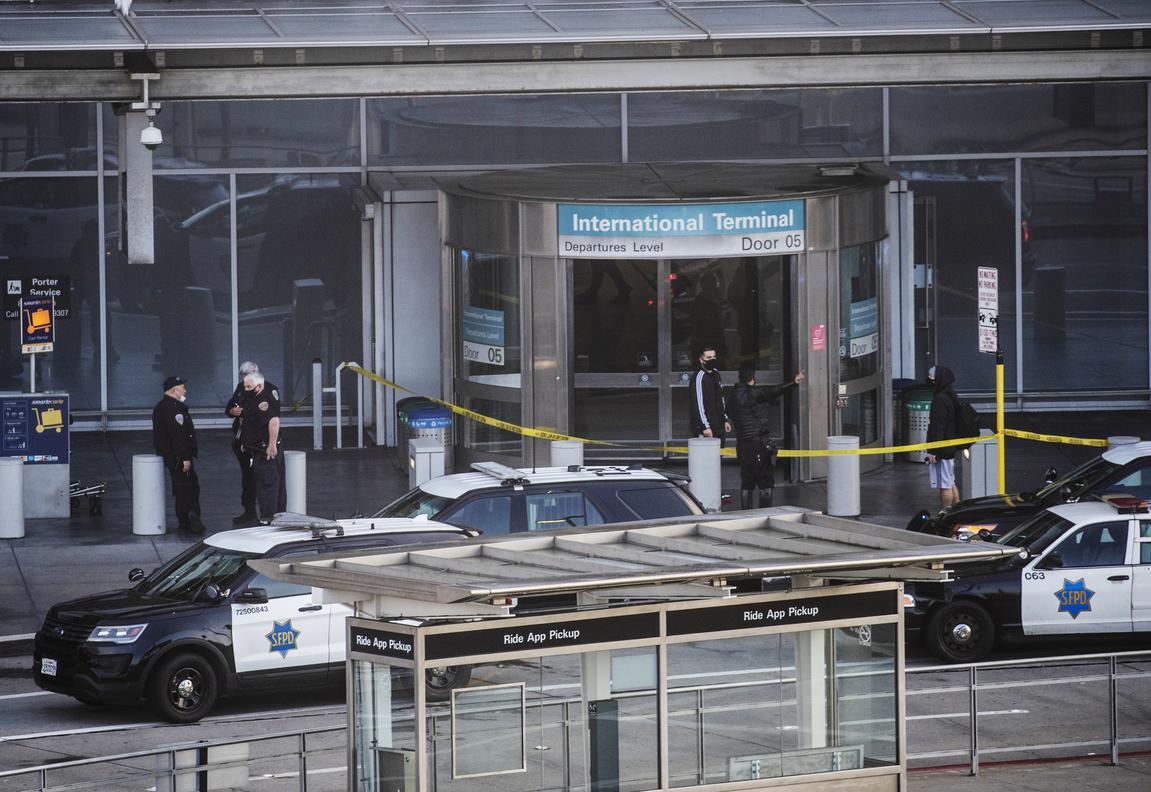 UPDATE: The man San Francisco police officers shot dead at SFO on Thursday was carrying two airsoft guns, officials said Friday – not ‘firearms,’ as police said at a conference press in the hours following the incident.

The California Department of Justice is investigating the fatal killing by San Francisco police officers of a man who police say was armed with two handguns and was behaving in a threatening manner inside the airport’s international terminal. San Francisco International Airport Thursday morning.

The confrontation unfolded at 7:26 a.m. after police received multiple calls reporting a man was causing a disturbance near the BART entrance to the terminal’s main concourse and outside the retreat room, said San Francisco Police Department Officer Grace Gatpandan. Officers from the department’s airport office rushed to the scene, where the man was brandishing two firearms, airport spokesman Doug Yakel said.

Officers attempted to defuse the situation, Yakel said, “but the suspect continued to exhibit threatening behavior.” Police fired bean bag projectiles at the man, but he kept moving forward – and officers fired several shots at him “to neutralize the threat”, he said. Gatpandan said police administered first aid to the man but he died at the scene.

State Attorney General Rob Bonta said in a statement Thursday that his office is investigating the shooting pursuant to Assembly Bill 1506, which requires the state to investigate police shootings of unarmed civilians. It was unclear whether the man police shot dead at the airport was still armed when police shot him. The AG’s office said it had deployed a team to the scene to assess the situation.

Luis, an Air Canada janitor who came across the conflict as he was leaving the BART to report to work, then heard gunshots from a break room where he had been hunkered down with colleagues.

Another man, a bystander, was slightly injured, possibly from a ricochet, according to Yakel.

He was treated and discharged from a local hospital.

The suspect’s name has not been released and police have not said why they believe he brought deadly weapons to the airport. But Gatpandan said police did not believe he was a terrorist. The person was described by BART police who arrived at the scene around 7:40 a.m. as a man in his 20s, according to radio traffic reviewed by The Chronicle.

San Mateo County District Attorney Stephen Wagstaffe said his office will handle the shooting investigation, along with the San Mateo County Sheriff’s Office and San Francisco police. The San Francisco Police Department provides law enforcement at the airport, but it is based in San Mateo County. A public meeting on the police shootings will be held in about 10 days, Gatpandan said, in accordance with the department’s policy on shootings involving on-duty police officers.

Police did not say how long the encounter between the gunman and police lasted before the officers fired shots, but Gatpandan said “it’s not something that happened.” is produced from the start”. She said about 45 minutes passed between the time officers were dispatched to the scene and when a call was made for medical help.

“It was not a meeting that happened and ended in 10 minutes,” she said. “That was enough time to bring resources to this location to help defuse the situation.”

Airport officials reported the situation was under control around 8:20 a.m. BART announced at 8:48 a.m. that it was reopening the SFO station and restoring regular service after briefly rerouting trains to avoid the incident during that it was taking place at SFO.

Luis was getting off the BART at the SFO station around 7:30 a.m. when he saw five police officers with their guns drawn yelling at BART passengers to “back off.”

Although he did not see the suspect, Luis said he tried to help police turn other passengers away to an exit on the other side of the station.

“I’m a little shaken up,” he said. “I’ve never experienced that in my life.”

Although BART service to San Francisco International Airport resumed around 9 a.m., the system canceled several trains, leaving some passengers stranded – and frantic – on the Millbrae platform.

Oakland’s Amy Shipley and Canada’s Magdalena Mielczarek rushed upstairs to catch an Uber together, with a few other travelers trailing behind. Neither knew about the shooting until a reporter informed them.

“I just hope they have everything under control,” Mielczarek said, eyes widening. Shipley remained tense as they got into the Uber and started down Route 101.

Others heading to the airport faced a frenetic scene.

“When I got here, the road was blocked and there were a lot of police,” said Hetal Panchal of Crescent City, who was traveling to India to visit family.

The incident had a minor impact on airport operations. Passengers were diverted from entering the international terminal and the airport temporarily closed a nearby security checkpoint and redirected passengers to another terminal for screening.

At 9:45 a.m., operations at SFO appeared to return to normal and the buzz of activity resumed, although police barricaded a section of the international terminal leading directly to the airport’s BART station for the rest of the day. .

The barricade appeared to confuse some passengers bound for the BART station while others who wandered into the terminal stopped at the sight of the yellow police tape. Keyanti Criswell, a San Francisco native, had just arrived from a flight from Austin, Texas when he walked past the police barricade looking for directions to BART.

“It’s disappointing to hear something like this,” said Criswell, who came to visit her mother. “That someone must have lost their life because of senseless violence.”