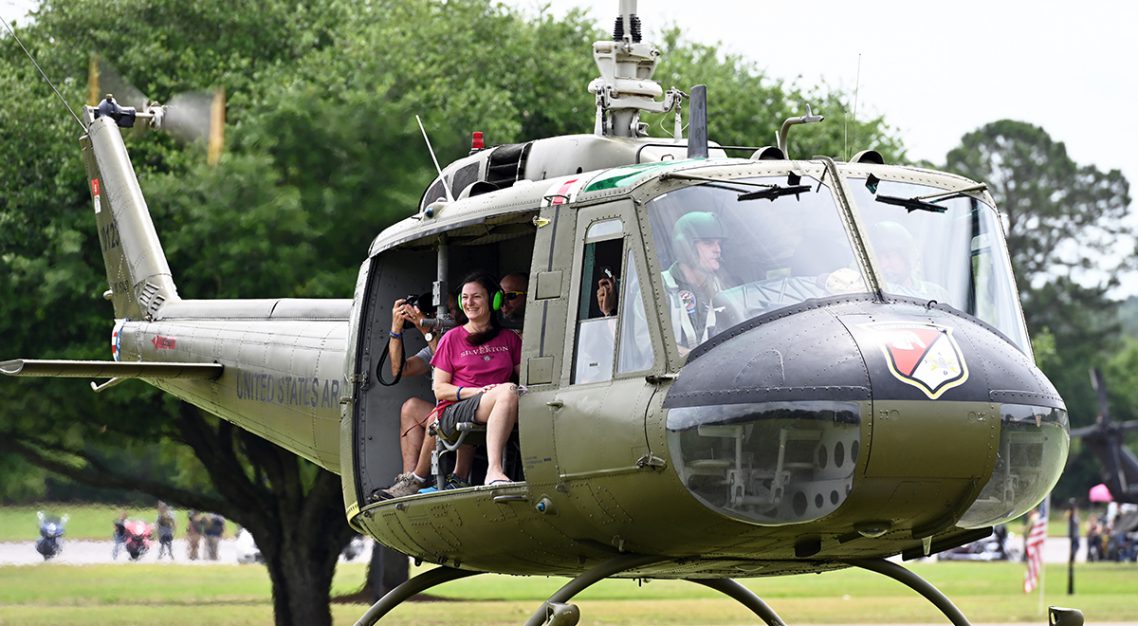 Troy University along with Friends of Army Aviation, military personnel and the Wiregrass community came together Saturday to honor our nation’s military on the second annual Armed Forces Day.

TROY and FOAA officials kicked off the event Saturday morning, followed by a day of welcoming visitors to the historic UH-H1 Huey, as well as other attractions such as the Traveling Aviation Museum. from FOAA, a children’s zone, food vendors and more. A member of the Round Canopy Parachute Team also performed a jump.

“To be free is not free. The freedom we have is dictated by many of you who have served and are serving now,” said Dothan campus vice-chancellor Dr. Don Jeffrey, a veteran of the Army National Guard “We honor this partnership with Friends of Army Aviation and are proud of our community’s involvement.

Former Dothan Mayor Mike Schmitz, Civilian Assistant to the Secretary of the Army since May 2020, gave the keynote address and stressed the importance of supporting the military.

“We are so proud that Troy University and Friends of Army Aviation have decided to honor those who put their lives on the line for us today,” he said. “We must support our army and all our military branches. Wiregrass must be a beacon for the military – we must serve our men and women and be intentional about it.

In his civilian aid role, Schmitz had the opportunity to serve on the name change commission for Fort Rucker, helped facilitate a partnership with the military and Mercedes Benz of Tuscaloosa to hire as many military and veterans as possible and is working on bringing a cyber academy to Wiregrass.

“The military has amazing technology, and they’re ready to share it with our students – home school, private school, or public school,” he said.

“Today is about the active duty military, those who put their lives on the line for this country for our freedoms,” he said. “We should never forget that.”