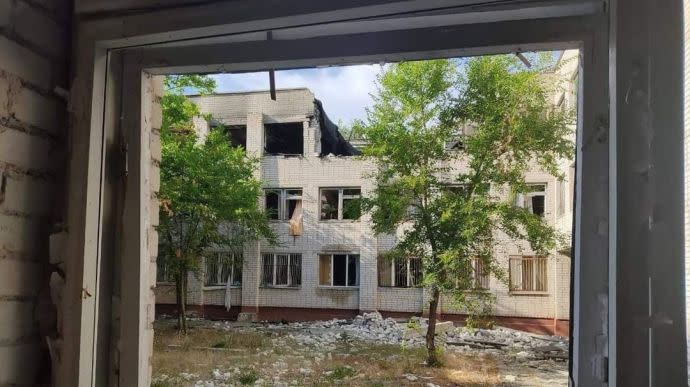 Russian forces again had to retreat following an assault on the area between Bilohorivka and Verkhnokamianske in Luhansk Oblast.

Source: Serhii Haidai, head of the military administration of Luhansk Oblast, on Telegram

Quotation“The enemy is increasingly deploying strike groups and aircraft in an attempt to accomplish its [combat] assignments.

The Russians carried out at least four airstrikes. Unfortunately, two of their rockets hit their targets.

Our towns and villages have been shelled four times with mortars.

So far, six out of seven enemy attacks have been repelled. The occupiers deployed tanks to augment their firepower in four of these attacks. Almost everywhere the Russians were forced to retreat, with losses. In particular, they were again thwarted in the area between Bilohorivka and Verkhnokamianske.

The occupiers are exerting pressure from all sides to try to advance towards the big cities of Donetsk Oblast. However, the Ukrainian Armed Forces have been holding them for several weeks now.”

Details: Haidai also reported on the situation in the Russian-occupied parts of Luhansk Oblast.

Water, gas and electricity supplies have not yet been restored in Sievierodonetsk. The date when this critical infrastructure will be restored has been postponed several times – even if the date for the start of the school year has not been moved.

In addition, the Russian occupation forces have announced that four schools will resume operations, although there are only enough children in the area (about 500 of them) to fill the places in one. schools.

Prior to the Russian invasion, 20 schools offered education in the city of Sievierodonetsk, many of which were oversubscribed.