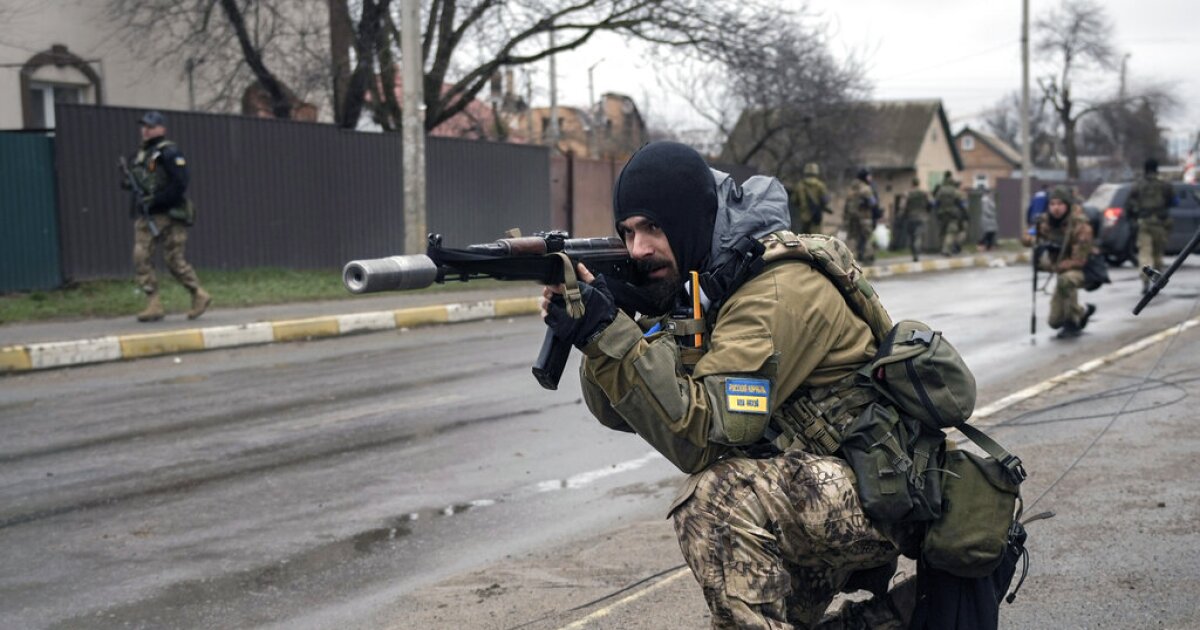 As Ukrainian troops regained control of the kyiv region over the weekend, the Ukrainian armed forces on Monday updated their estimate of the number of Russian soldiers killed in action to more than 18,000.

“18,300 Russian soldiers were killed in Ukraine. And I don’t regret any of them. #WarDay #40,” said Ukrainian MP Lesia Vasylenko. job on social media on Monday after the new estimates were released.

Ukrainian troops reportedly recaptured more than 30 towns and villages around kyiv, according to Ukrainian officials, claiming full control of the region for the first time since the Russian invasion.

During the liberation of the cities, the bodies of hundreds of dead civilians, as well as Russian soldiers, were found strewn in the streets.

In Bucha, about 23 miles northwest of the capital kyiv, hundreds of civilians were found buried in a mass grave on Saturday, according to Ukrainian officials. Destroyed Russian armored vehicles and tanks also lined the streets of the city where Russian troops battled Ukrainian forces before retreating.

The Ukrainian estimate of the number of Russian soldiers killed exceeds the latest NATO estimate of 7,000 to 15,000 killed and the Russian count of 1,351 soldiers lost.

CLICK HERE TO LEARN MORE ABOUT THE WASHINGTON EXAMINER

On Sunday, at least 1,417 civilians have died in Ukraine since the start of the Russian invasion, including 121 children, according to at the United Nations Human Rights Office.