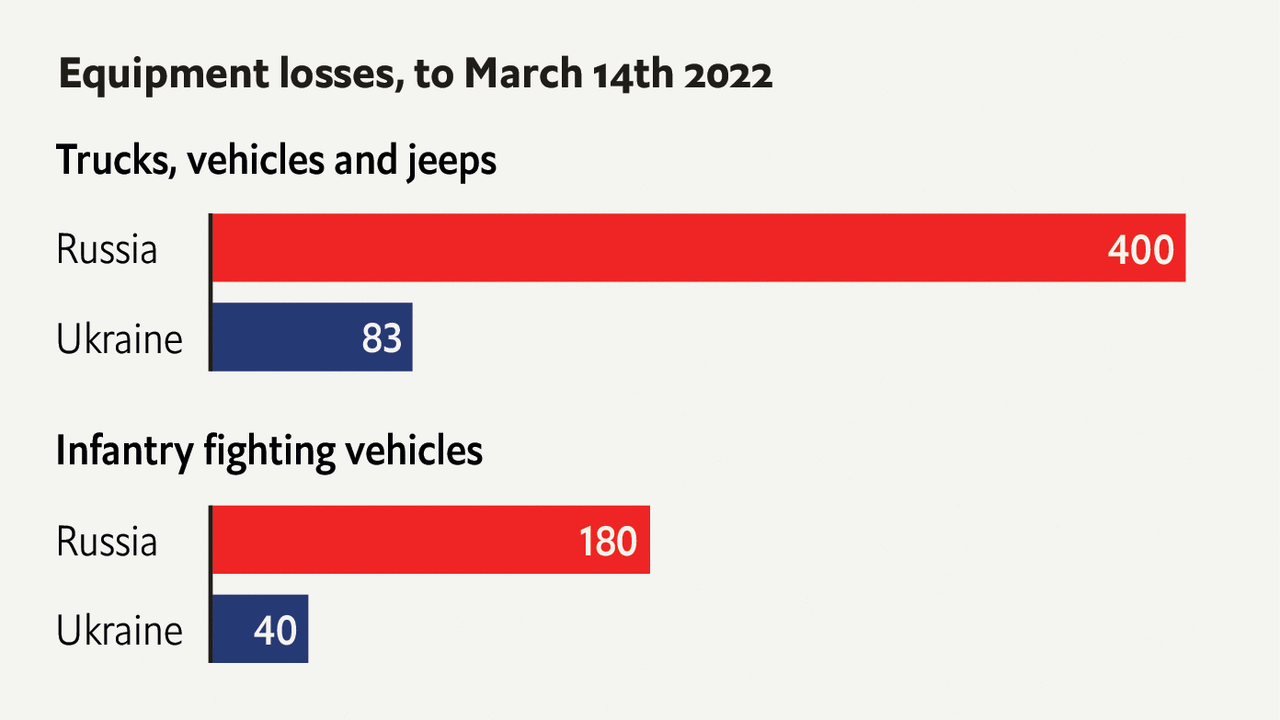 On the first morning of the Russian invasion, a Ukrainian anti-aircraft missile shot down a Ka-52 helicopter. Nicknamed “The Alligator”, the Russian helicopter gunship had been shown at air shows and is designed to annihilate enemy tanks, vehicles and soldiers. China bought its own shares.

The first display of Ukrainian military might surprised pundits and set the tone for what followed. Stijn Mitzer, an analyst in Amsterdam, and his colleagues at Oryx, a blog, track casualties by examining openly posted photos and videos of the war. Almost three weeks into Vladimir Putin’s reckless campaign, Ukraine has destroyed, damaged or captured at least 1,054 pieces of Russian equipment, about four times more than it lost to the Russia.

These numbers are far from perfect. This is a lower limit, counting only losses confirmed by photographic or video evidence. Ukrainians are far more likely to capture such evidence and spread it than Russian soldiers who likely had their phones confiscated and who, according to Kremlin propaganda, are on peacekeeping missions. Nonetheless, the numbers provide insight through the fog of war.

If Russia triumphs, it will probably be by the mass. According to the pre-war tally by the International Institute for Strategic Studies, a London-based think tank, Russia had 15,857 armored fighting vehicles; Ukraine had only 3,309. Proven losses so far amount to about 6% of Ukraine’s armored equipment but only 4% of Russia’s. This is why the Ukrainian government is desperate to maintain supply in the country. ■

For a behind-the-scenes look at our data journalism, sign up for Off the Charts, our weekly newsletter. Our recent coverage of the Ukraine crisis can be found here.