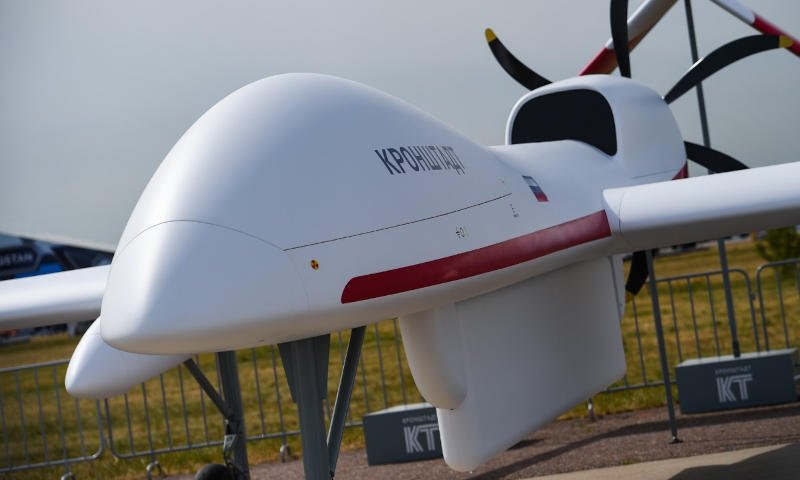 The Belarusian-Russian Joint Strategic Exercise Zapad 2021 (sovmestnoe strategiesheskoe uchenie), which lasted from September 10 to 16, saw numerous tests and experiments involving the Russian armed forces, which was quite expected, since the annual strategic and operational military exercises are naturally the highlight of the year d combat training. Russian combined strategic exercises rotate every four years between four of the country’s five military districts (west, east, center and south; excluding the new military district of the northern fleet). These exercises are used by the General Staff to assess a wide range of topics related to military capabilities, combat readiness, strategic mobility and the ability to combat a wide range of types of conflict. Unsurprisingly, given its importance in exercises and combat operations, Zapad 2021 also featured other tests of the Army’s network-centric warfare capability: in Russian parlance, this is basically the reconnaissance and firing system (Razvedyvatelno-Ognevaya Sistema—ROS), which has been successfully combat tested in Ukraine and Syria. However, this year also included a new dynamic: the use of unmanned aerial vehicles (UAVs) for strike missions rather than primarily for reconnaissance (Mil.ru, September 11).

Russian military media, including official sources, have reported on the use of the Strelets-M intelligence management and communications complex (Kompleks Razvedki Upravleniya i Svyazi—KRUS) during Zapad 2021, which was used jointly by Belarusian and Russian forces. Strelets-M, the technological catalyst of KRUS, exploits modern computer and communication systems to integrate various radars, sensors and reconnaissance and fire facilities at the operational-tactical levels. In the active phase of Zapad 2021, this has been used to transfer target designations to several types of drone platforms. The Forpost and Inokhodets drones received data directly from the rifle and motor tank subunits. Reconnaissance officers from these units detected enemy targets using range finders and the KRUS Strelets-M; they then transmitted the data in real time to the command post and to the drone operators, in coordination with the strike drones. To conduct drone strikes, Forpost and Inokhodets were used with guided missiles. During the first advances of the units of the ground forces, the Inokhodets worked in collaboration with the light drones Lastochka and Orlan-10; the latter carried out reconnaissance. However, all unmanned assets were integrated into the Fire Reconnaissance System, or ROS (Izvestia, September 21).

The integration of reconnaissance and attack drone platforms with the KRUS Strelets-M system facilitates rapid response to changing situations at the tactical level and improves kill chain timing. Moscow-based military expert Viktor Murakhovsky described some characteristics of the use of the Strelets-M: “Before the attack, reconnaissance reveals important targets that must first be destroyed. But in combat, enemy reinforcements or, say, well-camouflaged defensive structures that can stop an attack and turn the tide of an operation are often revealed. To prevent this from happening, they must be quickly destroyed. Units with KRUS Strelets[-M] in this case, will be able to quickly report the coordinates of the target, and the drones will deliver a precise strike which will decide the outcome of the battle. Murakhovsky added that drones combined with ground reconnaissance observers can precisely target enemy headquarters, communication centers, technical reconnaissance equipment or air defense batteries (Izvestia, September 21).

In Zapad 2021, joint Belarusian-Russian reconnaissance missions operated the KRUS Strelets-M. They researched the deployment of armored vehicles as well as the location of command posts, fuel and ammunition depots, and stations to offload the military echelons of the hypothetical enemy. The Strelets-M allows the reconnaissance group to identify and transmit the exact coordinates of targets to artillery units and the air force (Mil.ru, September 11). The Inokhodets-RU, also known as Sirius, is the first large unmanned reconnaissance and strike platform adopted by the Russian armed forces. The Unmanned Aerial Combat Vehicle (UCAV) weighs just over a ton and can stay aloft for up to 24 hours. The Inokhodets-RU has a range of over 250 kilometers and can carry around 200 kilograms of ammunition. It is capable of using 120 kilogram OFAB-100-120 highly explosive cluster bombs. By integrating the unmanned platforms into the ROS and relying on the Strelets-M, the hitting accuracy of a target from a height of four kilometers is approximately ten meters. The Inokhodets-RU, like the network-activated ROS, has been extensively tested in operations in Syria. The Inokhodets-RU UCAVs participated in approximately 60 combat missions for a total duration of over 200 hours. Forpost reconnaissance drones have been in service for some time. However, the modernized 500 kilogram Forpost-R was originally developed to use weapons. At Zapad 2021, it was demonstrated in action. Forpost used the corrected 20 kilogram KAB-20S bombs created specifically for this platform (Izvestia, September 21).

In addition to the ongoing training of personnel in the use of the KRUS Strelets-M, which took place at Zapad 2021, tactical units recently tested its use in the Eastern and Southern Military Districts. These showed the ease of integration of artillery or helicopter fire (Mil.ru, Tvzvezda.ru, September 20). However, during these tactical exercises, UAV platforms were used for reconnaissance rather than strikes on enemy targets.

The use of reconnaissance and strike drones and drones built into the Strelets-M to connect to the ROS further enhances the Russian conventional strike capability. In addition to dramatically improving target acquisition and real-time strikes, the KRUS Strelets-M can provide data to commanders from a variety of sources. These include small-scale drone complexes, portable thermal imaging devices, digital data processing sights, radiation reconnaissance devices, mine detectors, and reconnaissance equipment complexes and signaling. Acting in conjunction with laser designators that illuminate a target, aviation and artillery high-precision fire destruction systems are capable of accurately hitting their marks.

The Strelets-M is battery dependent and can only run for up to twelve hours on a single charge. Thus, the number of drum kits the group can take with them determines the time allotted for the group to complete the assigned task (Nezavisimoye Voyennoye Obozreniye, September 2).

The Russian Armed Forces have significantly improved the accuracy of shots with the creation of the Reconnaissance and Fire System, which provides a wide range of accurate shots in real time. Yet the experimentation that resurfaced in Zapad 2021 – using drones and drones with the KRUS Strelets-M to deliver precise strike capability rather than just reconnaissance – suggests a longer-term trend for the armed forces. Russian.