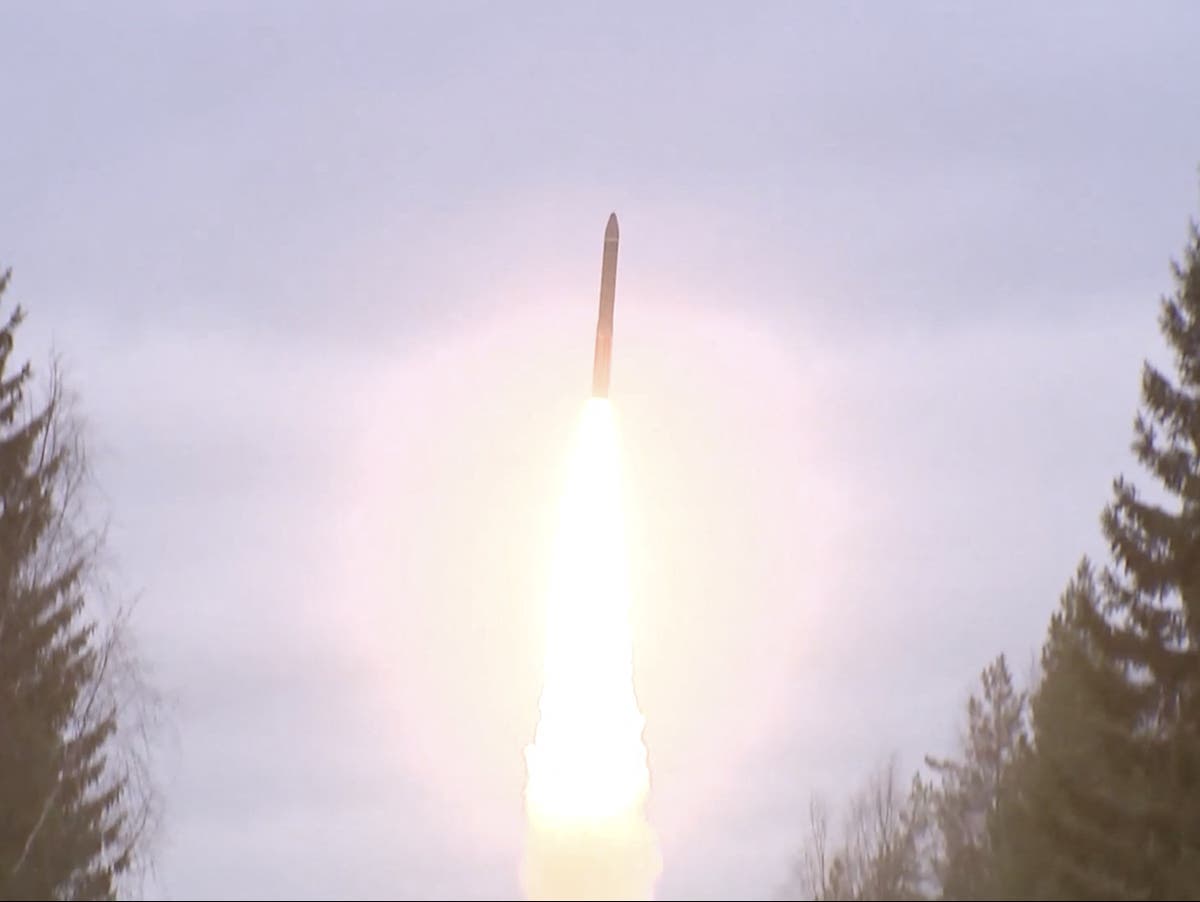 To receive free real-time news alerts straight to your inbox, sign up for our news emails

The world’s five major nuclear powers are “on the brink of direct armed conflict”, Russia said, warning of catastrophic consequences.

Accusing the West of “provocation”, Moscow stepped up nuclear rhetoric, pointing to “irresponsible and reckless actions aimed at undermining our national security”.

The Foreign Ministry statement said avoiding a nuclear confrontation was the country’s top priority and that Russia was sticking to a joint statement with the United States, China, Britain and France in January affirming their common responsibility to avoid a nuclear war.

But he warned that the West must stop “encouraging provocations with weapons of mass destruction, which can have catastrophic consequences”.

He added, “We firmly believe that in the current complicated and turbulent situation, caused by irresponsible and reckless actions aimed at undermining our national security, the most immediate task is to avoid any military confrontation between nuclear powers.”

Moscow has been behind a surge in nuclear rhetoric since Russia invaded Ukraine on Feb. 24, Western officials say, most recently repeatedly accusing Kyiv of planning use a radioactive “dirty bomb” without providing evidence. Kyiv denied having such a plan.

“We fully reaffirm our commitment to the joint statement of the leaders of the five nuclear-weapon states on preventing nuclear war and averting an arms race from January 3, 2022,” the ministry said.

During the first weekend of the war, Russian President Vladimir Putin placed the country’s strategic nuclear forces on high alert and has since repeated the threat as a warning to NATO.

Moscow has repeatedly stated that its military doctrine allows the use of nuclear weapons if Russia’s territorial integrity is threatened. In September, Mr Putin said he was “don’t bluffwhen he declared that Russia was ready to use “all available means” to defend its territory.

He also claimed that the United States set a precedent at the end of World War II by dropping atomic bombs on Japan. Ramzan Kadyrov, head of the Chechnya region and a key ally of Putin, has called on Russia to use a “low-yield nuclear weapon” in Ukraine.

Moscow also frequently accuses Kyiv of seeking to acquire nuclear weapons and alleged at the start of the war that NATO planned to use Ukraine as a beachhead to threaten Russia – allegations denied by Ukraine and the EU. Western military alliance.

Some Western experts fear that Mr Putin will resort to nuclear weapons because an easy victory seems out of reach for him.

They believe the president has been weakened, making Russia potentially more dangerous and with no obvious signs of a ‘plan B’.

Responding to speculation in August that the Kremlin might use nuclear weapons, Sergei Shoiguthe Russian Defense Minister called it an “absolute lie”.

“From a military point of view, it is not necessary to use nuclear weapons in Ukraine to achieve the objectives set. The main purpose of Russian nuclear weapons is to deter nuclear attack,” he said.