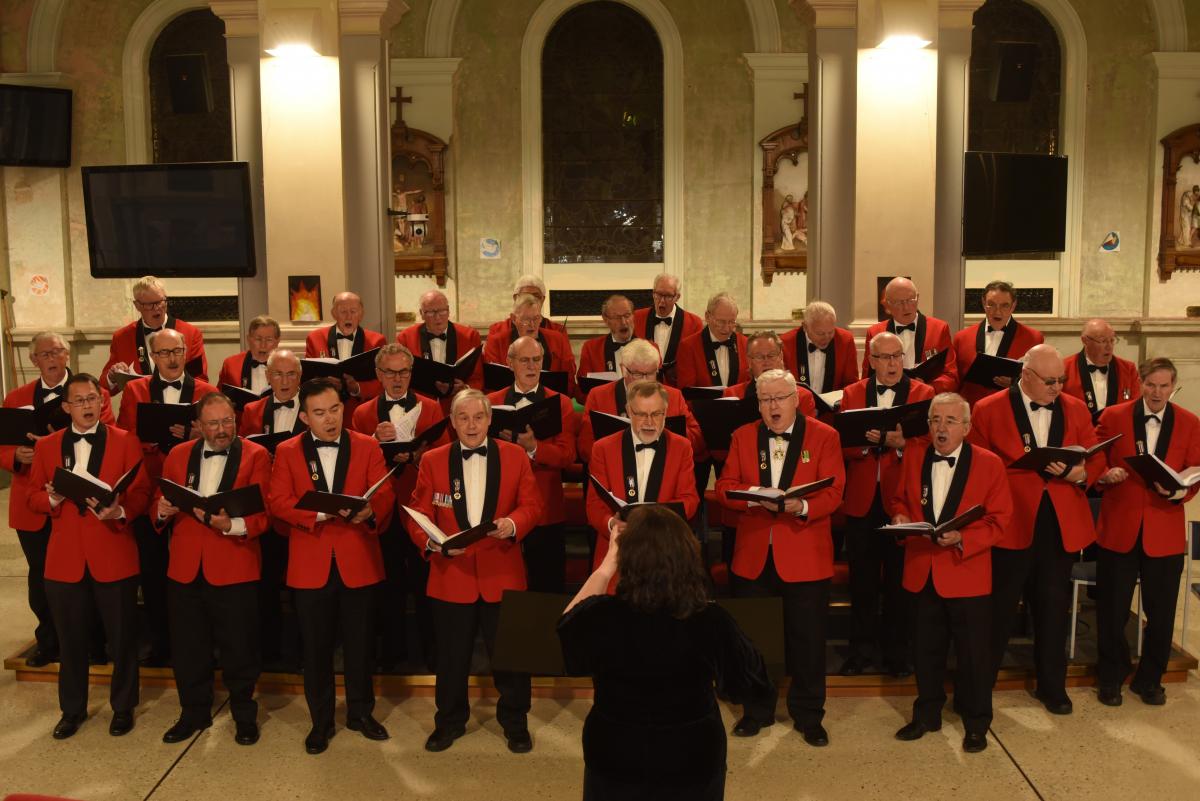 The massive forces of choirs, marching band, soloists, organ, piano and percussion came together in a soulful and moving performance by Sir Karl Jenkins. The Armed Man – A Mass for Peace.

Conducted by the Dunedin RSA Choir and performed under the direction of choir director Karen Knudson, the piece was the centerpiece of the choir’s delayed centenary performance, held at Knox Church to mark the day of the armistice.

The concert began with a parenthesis of short entertaining pieces, including The banks of the green willow and The Royal Air Force Parade performed by St Kilda Brass ‘Saints’ conducted by Mark Wigglesworth, with Dunedin RSA Choir singing Wakaaria Maywith soprano soloist Emma McClean, and Gwahoddiad, conducted by Knudson.

Wielding the stick, Knudson was a calm and measured presence, bringing together these large and disparate forces with aplomb.
From its first military-style drumbeat and commotion The armed manthrough the traditional mass elements of Kyrie, Sanctus, Benedictus and Agnus Deithe intensity of save me from the bloody men and Anthem before the actionto the devastator Now the guns have stoppedthe comfort of Better is peaceand the end God will wipe away all the tearsthe mass for peace was an emotional rollercoaster ride.

The choirs, marching band and soloists were all focused and responsive to the conductor, giving their all in a truly impressive performance.
The mid-mass break for the ode be recited in English and te reo, and for the bugler Ralph Miller to play the last post and Awakening felt quite appropriate and added to the heightened emotion of peace.

The evening ended with a moving interpretation of the New Zealand national anthem by artists and spectators, closing a very special musical evening.