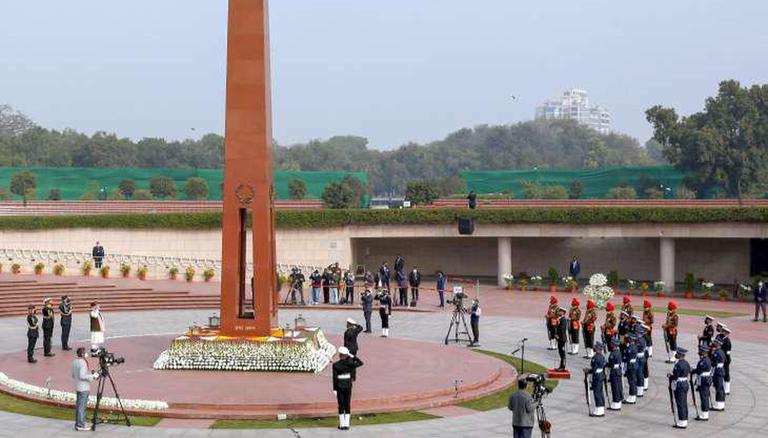 Union Defense Minister Rajnath Singh will launch the website (maabharatikesapoot.mod.gov.in) on Friday for citizens to make contributions to next of kin (NoK) of defense personnel who have been martyred or was seriously injured in combat situations.

Significantly, 1,217 victims have already been compensated under the arrangement. The website aims to encourage citizens to participate in the noble cause.

According to a Ministry of Defense statement, the website will be launched at a reception at the National War Memorial complex in New Delhi on October 14. Indian film industry star Amitabh Bachhan is the initiative’s ‘goodwill ambassador’.

The NoK of ten fallen heroes and disabled soldiers in active combat operations will be commended today. In a statement, the ministry further said: “While the Government of India has launched a large number of social welfare schemes for soldiers killed or maimed during active military operations in the line of duty, there had strong public sentiment and demands from patriotic citizens, business leaders or captains of industry, to contribute to the cause of the welfare of soldiers and their families.

Although there were many government welfare programs for defense personnel, there was no fund into which citizens could make contributions to soldiers. A sudden influx of donations and public sentiment was seen following the avalanche incident in the Siachen Glacier on February 3, 2016, in which 10 soldiers lost their lives. This is how the idea of ​​the Army Battle Casualties Welfare Fund (ABCWF) was born. It was created on April 1, 2016.

Investments are in the form of DF and only in nationalized banks. So far, approximately 1,217 battle casualties (BC) (all post-2016 cases) have been compensated.