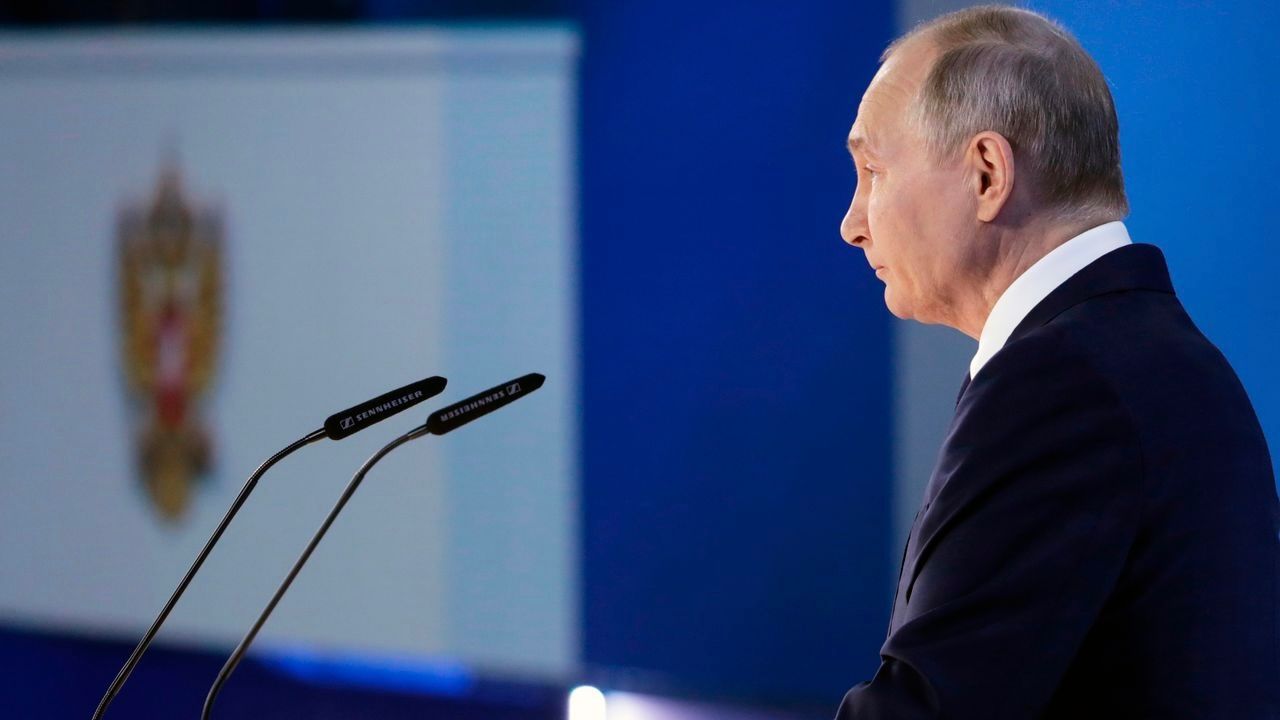 Speaking at a press conference with Hungarian Prime Minister Viktor Orbán on Tuesday, Russian President Vladimir Putin said the United States’ written response to Russia’s key demands from December indicated that “the fundamental concerns of the Russia have been ignored”.

The main demands of the December 17 document, made public by the Kremlin, were the non-extension of NATO, including the guarantee that Ukraine would not be admitted as a member; a return to its borders as agreed in the 1997 NATO-Russia agreement; and a guarantee that he would not station missiles in Eastern Europe or withdraw existing ones.

NATO has nuclear missiles stationed in Romania, just 1,000 kilometers from Moscow. Since the dissolution of the Soviet Union by the Stalinist bureaucracy in 1991, NATO has systematically encircled Russia, with all countries near its borders – except Ukraine and Belarus – now members of the military alliance.

Putin said that for the United States, “Ukraine is just a tool… They can drag Ukraine into NATO, they can deploy their strike weapons and launch an offensive to retake Donbass or Crimea with military force and drag us back into armed conflict”. Putin also pointed out that in Ukraine, the “recapture of Crimea”, a Black Sea peninsula, is part of Kiev’s official military strategy.

Putin’s statements underline the immense dangers of the situation created by the aggressive movements of NATO and especially US imperialism. Driven primarily by an extraordinary crisis and enormous class tensions at home, Washington embarked on a series of reckless provocations – including responding to Russia’s demands – designed to create conditions and pretexts for war. .

As a massive wartime propaganda campaign alleging an imminent “Russian invasion” of Ukraine was launched in the media, the White House placed 8,500 troops on high alert and delivered 300 Javelin missiles and other weapons to the Ukrainian army. Additionally, the Biden administration threatened Russia with “crippling sanctions,” the implementation of which could only be understood as an act of war.

These provocations have created a powder keg in Eastern Europe that threatens to erupt into a war that could engulf not only the entire continent but the entire world.

Russian newspaper Gazeta.Ru reported on Tuesday that officials from the so-called Donetsk People’s Republic and the Lugansk People’s Republic, both located in Donbass in eastern Ukraine and controlled by pro- Russians since 2014, had received information that Kiev was planning a military offensive in the Donbass. The region has been the scene of a civil war between pro-Russian separatists and the US-backed and trained Ukrainian military and paramilitary forces since the US-EU-backed coup in February 2014, which overthrew a pro-Russian government.

Eduard Basurin, head of the people’s militia of the Donetsk People’s Republic, told Gazeta.Ru that the Ukrainian General Staff was preparing an offensive operation. Basurin said the plan for the offensive would be discussed later this week by the leadership of the Ukrainian Armed Forces. The separatist leaders also told the business daily Kommersant that new Ukrainian reconnaissance groups had recently arrived in eastern Ukraine and that additional Ukrainian military units were about to be sent to the region.

Ukraine, which has been at the forefront of NATO anti-war preparations since the US-backed coup in 2014, has been deeply destabilized by the crisis of war and the pandemic .

Within the Ukrainian oligarchy and state apparatus, Zelensky faced criticism from various quarters, including his predecessor Petro Poroshenko and the neo-Nazi forces that were heavily funded and armed by the imperialist powers. Russian reports suggest that Washington may consider Poroshenko as a potential replacement for Zelensky.

On Monday, Ukraine’s Interior Ministry said it uncovered and prevented plans for violent mass protests across the country against Zelensky’s government. The protests were due to take place on January 31 and were intended to provoke clashes with police and cause a stir in the media. Protesters reportedly held banners calling for a military offensive to “return” Crimea and Donbass. The Russian business daily Kommersant pointed to the fact that the planners of the protests were obviously very familiar with the modus operandi of the Ukrainian security forces, suggesting that they themselves had or were still part of them.

In Ukraine’s working population, which is plagued by inflation and a new surge of the pandemic, the continuation let alone the escalation of the de facto proxy war against Russia is deeply unpopular. Over the past eight years, the war has already claimed more than 14,000 lives and displaced millions of people. Tens of thousands of Ukrainian soldiers have deserted the front, refusing to engage in combat.

Polls have repeatedly indicated that the main concern of the overwhelming majority of the population is rising prices, not Putin. These feelings are a major reason why the imperialist powers and the Ukrainian ruling class systematically arm fascist forces: both to wage war against Russia and to suppress opposition within the working class.

The situation in Russia is hardly more stable. The pandemic, which has already led to a horrific drop in life expectancy by three years, is now experiencing its biggest surge yet with daily cases surpassing 125,000 on Tuesday, more than several times the peak of the Delta wave of l last fall. Around 15% of all cases are reported in children, the equivalent of 18,750 children on Tuesday alone. However, the Kremlin, mirroring the criminal ruling class response to the pandemic elsewhere, is ruling out any lockdowns and other essential public health measures.

Considering the working class – and not imperialism – as its central enemy, the response of the Russian oligarchy to the war preparations of the imperialist powers consisted of a combination of military exercises with a series of diplomatic maneuvers, which aim not only to potentially reach an agreement with imperialism after all, but also to gain the support of potential allies in its conflict with NATO.

In Europe, the Kremlin is trying to play on divisions within the European Union over relations with the United States and Russia. When meeting President Orbán on Tuesday outside Ukraine, Putin discussed increasing Russian gas supplies to Hungary by an additional 1 billion cubic meters a year. Hungary already receives almost all of its gas from Russia.

The Ukrainian Foreign Ministry denounced a new agreement between Russia’s Gazprom and Hungary last September as “a purely political and economically unreasonable decision taken in favor of the Kremlin”. Relations between Budapest and Kyiv have long been strained by ethnic and border disputes.

Europe as a whole depends on Russia for around 40% of its gas imports. Amid fears of war with Ukraine, gas prices have soared in recent weeks, adding to already sky-high inflation rates. Concerns over a potential disruption of oil and gas flows to Europe and US opposition to the Russian-German Nord Stream 2 gas pipeline have long been a major factor in divisions within the EU over its policy towards Russia and the United States.

Despite these divisions, however, the EU effectively supported the US war campaign against Russia. Hungary, for its part, would discuss the deployment of NATO forces in the country in response to the crisis in Ukraine.

Putin is currently traveling to China, where he is due to discuss Ukraine and other issues in a meeting with Xi Jinping. Last week, China openly denounced NATO provocations against Russia over Ukraine. Russian media suggest that Xi and Putin will draw up a policy document. the Nezavisimaya Gazeta published an editorial on Tuesday, noting that Washington had brought about an “unprecedented rapprochement between Moscow and Beijing”.

After three decades of wars led by the United States, the outbreak of a third world war, which would be fought with nuclear weapons, is an imminent and concrete danger.