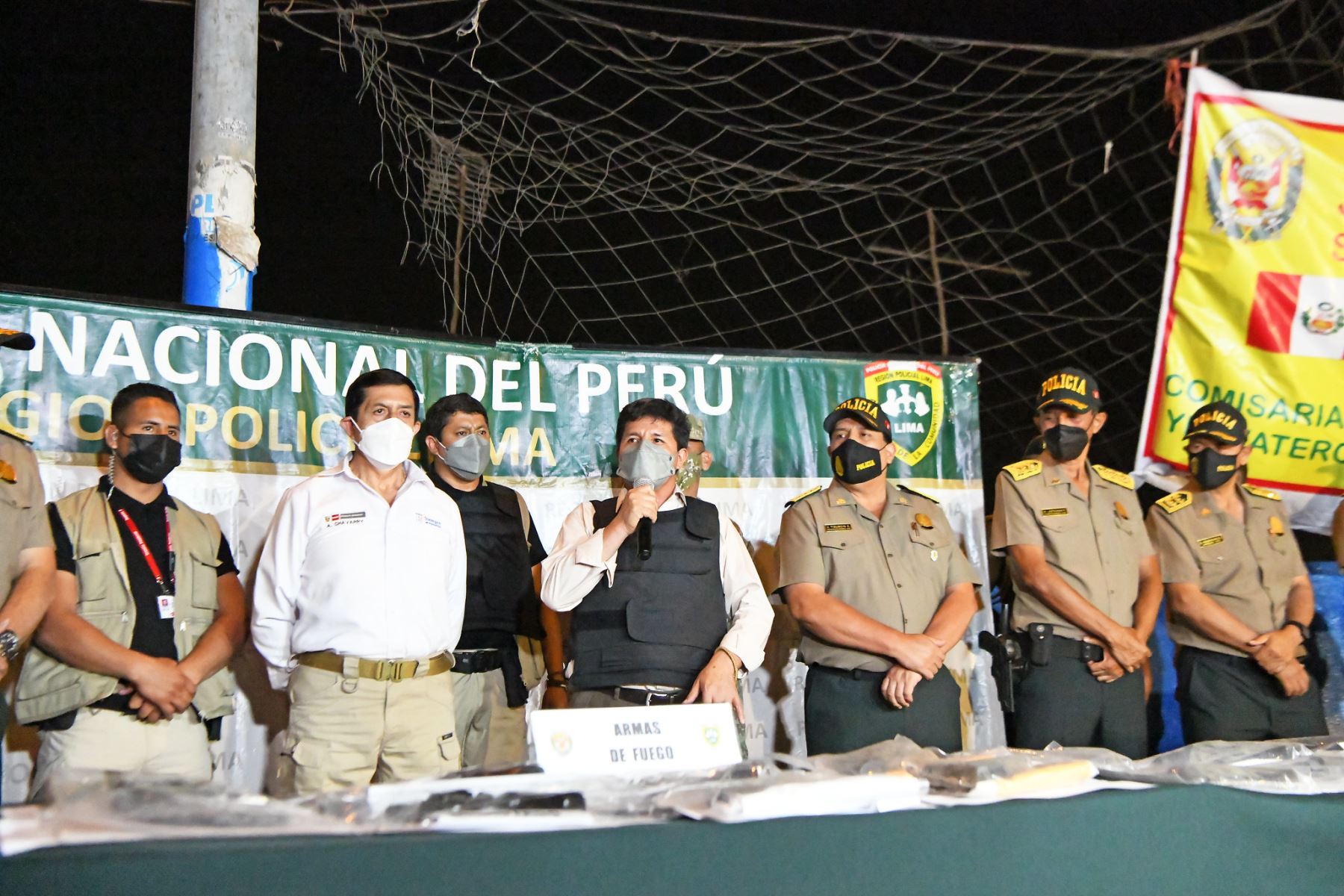 The President of the Republic Pedro Castillo affirmed that the Armed Forces will support the Peruvian National Police in the fight against crime across the country.

“We were elected to meet the needs of the people and from here, from this area, I ask the Minister of Interior to coordinate with the Minister of Defense because the responsibility should not lie entirely with the police “, remarked the head of state.

“We will mobilize members of the Armed Forces in the streets to fight once and for all juvenile and major offenders,” he added.

In this regard, the highest official of the country underlined that crime in the streets cannot be eradicated if joint efforts – from different sectors – are not made against this scourge.

In this regard, he argued that the National Police has the capacity to intensify this fight. Therefore, the police institution will be restored.

To this end, actions will be coordinated with the Ministry of Economy and Finance to provide it with the necessary support in the fight against crime.

Furthermore, the President called for tougher sentences for criminals, asking the judiciary and the Congress of the Republic to make efforts and work on this proposal.

“Let us make an effort to toughen the sentences for the criminals. They cannot be released and re-arrested next week. We have to do this so that people stop making fun of the national police and the authorities”, a- he declared.

Mr. Castillo’s remarks were made on Monday evening during a ceremony announcing the results of police operations carried out over the past 72 hours.