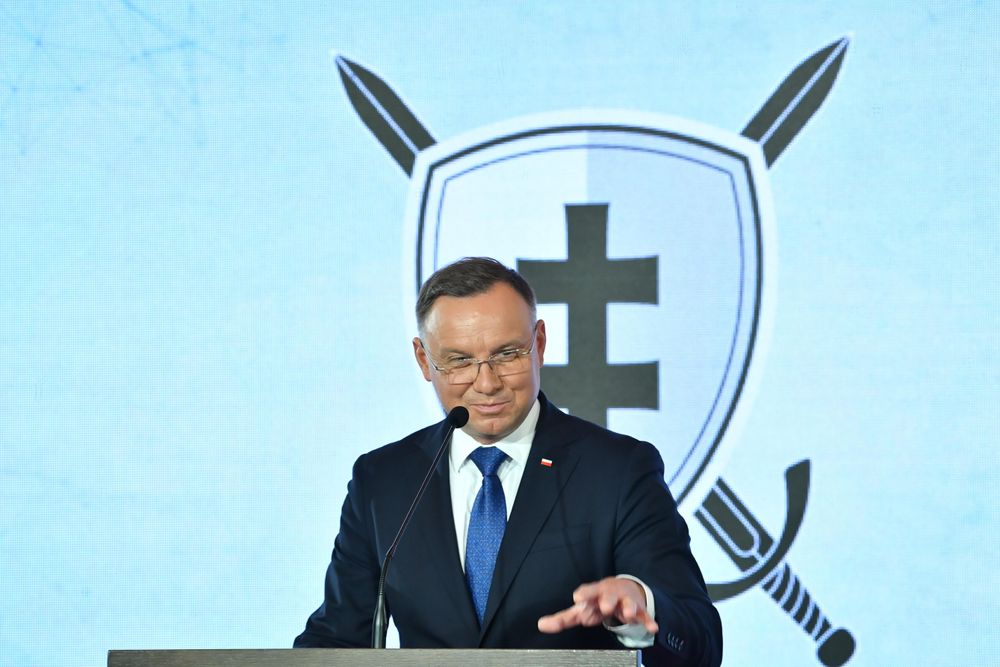 The Polish president has warned that the specter of conflict haunts Europe for the first time in decades.

Speaking at the Lithuanian National Security Conference in Vilnius, Andrzej Duda also said that Russian aggression meant that the presence of NATO troops on the alliance’s eastern border must be maintained.

“Since the days of the Russian aggression against Ukraine, the real specter of a conventional armed conflict has returned to our part of Europe for the first time in decades,” he said. “This is a relatively new situation, which requires us to take a different approach to security issues in our region.

Unfortunately, Russia continues to regularly demonstrate its strength and increase tensions in the region, as it did during this year’s ZAPAD 2021 exercises, when Russian military maneuvers took place, between others, on Belarusian training grounds near the Polish and Lithuanian borders, added the president.

According to Duda, “the response to the growing threat posed by our eastern neighbor must focus on the further development of the structures of allied institutions”.

“This includes maintaining the presence of troops from NATO countries on the eastern flank, as well as meeting financial obligations by each of the allies,” Duda said.

The president also warned of the dangers of hybrid threats, saying that “unlawful attacks on political and economic systems and on democratic values ​​aim to disorganize our societies”.

“These actions are manifested in particular by hostile acts in cyberspace,” Duda said.

“The current events at the borders of Poland, Lithuania and Latvia are an unprecedented example of hybrid activities, which are in effect a hostile attack by the regime of Alexander Lukashenko while cynically exploiting people from the Middle East. Orient who hope for a better life in the EU country ”, continued the president.