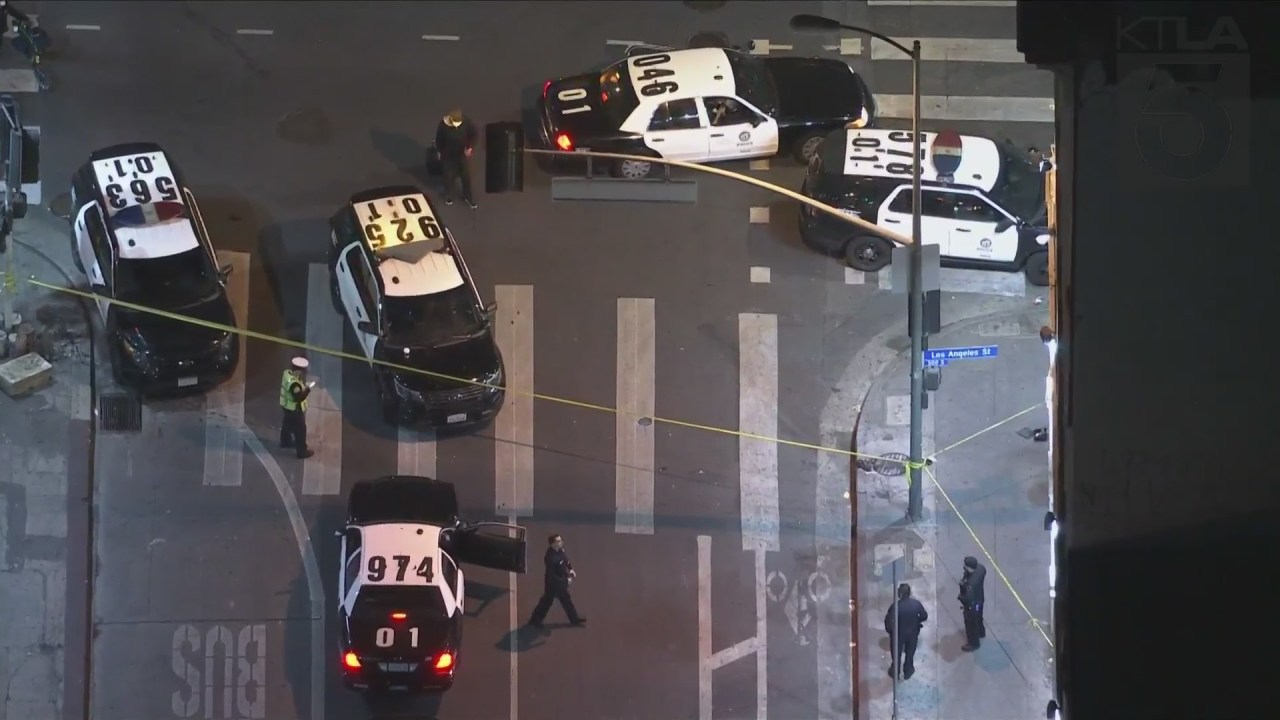 The LAPD responded to reports of a man with a gun near 8th Street and Broadway in downtown Los Angeles at around 4:10 p.m. the police said.

The man, whom police did not name, attempted to shoot a man in the face – the gun did not fire – and shot several other people, including a 14-year-old boy whose head was been grazed by gunfire.

The teenager was treated at a local hospital and is expected to survive, police added.

The man then fought with several other people before entering an apartment complex on Sixth and Main Streets, where he took a woman hostage and pointed a gun to her temple, the man said. police.

“Based on the already incredibly violent actions and fearing that the suspect would kill the hostage, SWAT entered the apartment,” the LAPD tweeted.

The man was shot dead by police during the meeting and died at the scene, police said.

Police recovered the weapon and the woman was taken to a nearby hospital, police added.