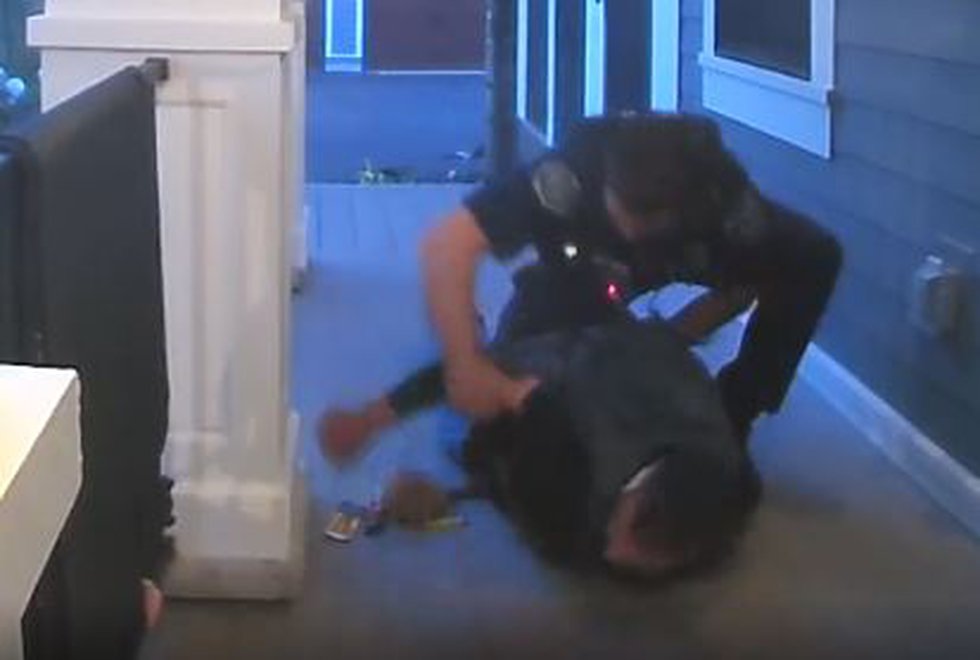 WYOMING, Ohio (WXIX) – A Wyoming father says he and his family woke up Sunday morning to find police shooting a man with a knife on their back porch.

“The guy had a knife and a stone in his hand, it looks like he’s about to kick in the back door,” said Sven Schreiber. “Yeah, that’s gonna freak you out. We have three children at home. Really scary.

At 10 p.m. this evening, a local family woke up on Sunday when police arrested a man on their porch. When they looked at their surveillance video, they saw that he was holding a large knife. Court documents say he broke into one of their neighbors’ homes minutes earlier. It’s tonight on @ FOX19 pic.twitter.com/F3qQbZ406U

This owner was in her kitchen at the time. She says she confronted Velazco, who told her that someone was chasing him.

She recounts the experience as frightening but managed to get Velazco to leave. She immediately called the Wyoming Police Department.

Velazco then went next door, according to police, where Schreiber and his wife live with their three children.

“We have been very lucky,” he said. “It’s really nice to live in a neighborhood, and other people are making calls and the police respond very quickly.”

Velazco is at the Hamilton County Justice Center on a $ 22,000 bond.

He will be in court on Monday, October 4.

Do you see a spelling or grammar mistake in our story? Please include the title when you Click here to report it.