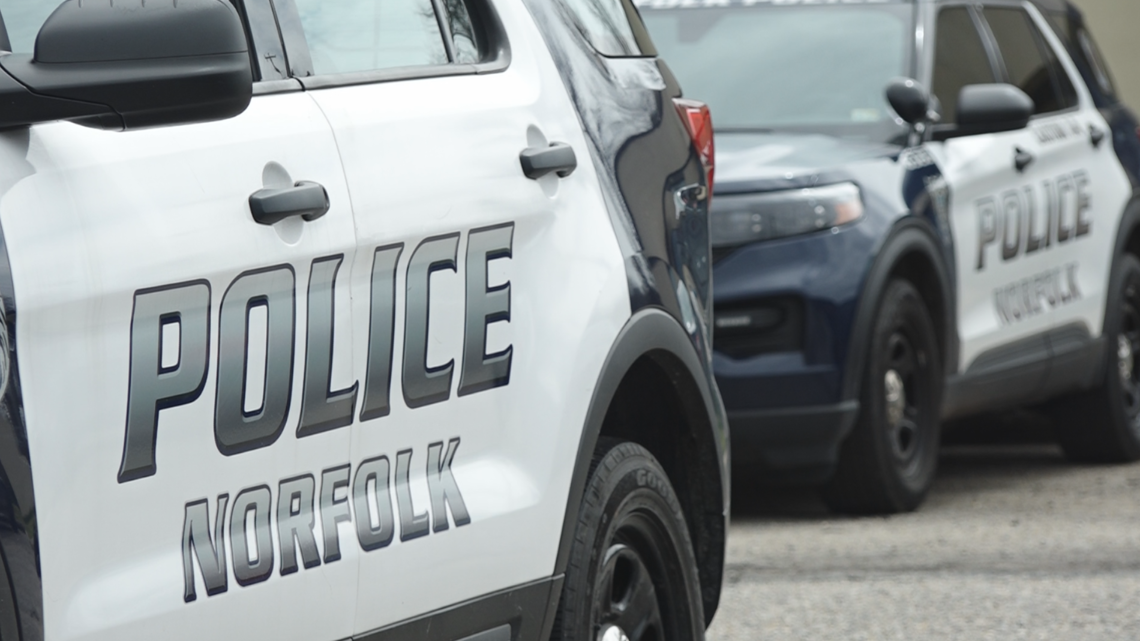 Barry D. Carrington Jr. faces two counts of shooting in an occupied dwelling and discharging a firearm in public.

NORFOLK, Va. – Two Norfolk police officers shot and injured a man on Granby Street, according to a police spokesperson.

It happened Saturday night near the Norfolk Police Administration Building. A local restaurant has three bullet holes outside its business. One worker said he was grateful no one in his restaurant was injured.

Residents in the area said they heard multiple gunshots from their homes.

“Oh my God, it was probably eight to seven and it could have been ten to five. You stop counting after a while,” Lorraine Connaughton said.

According to the police department, officers received a call at 10:30 p.m. indicating that there was a man with a weapon on the 100 block of Granby Street.

The police department said two officers discharged their service weapons at the man, which resulted in his injuries.

He was taken to Sentara Norfolk General Hospital with non-life-threatening injuries. The victim was later identified as Barry D. Carrington Jr., who faces two counts of shooting in an occupied dwelling and discharging a firearm in public.

Carrington was taken into custody and is being held without bond.

Police were able to recover the suspect’s firearm.

None of the officers were injured. Virginia State Police (VSP) are investigating the shooting.

“At the request of the Norfolk Police Chief, the Chesapeake Field Office of the Virginia State Police Bureau of Criminal Investigation is investigating the shooting involving an officer,” said VSP spokesman Sgt. Michael Anaya. “Once the investigation is completed, the findings of the investigation will be provided to the Commonwealth Prosecutor for review and decision.”

This is an ongoing investigation. If you have information that may help with this case, contact the Crime Line at 1-888-LOCK-U-UP or submit an anonymous online tip here.