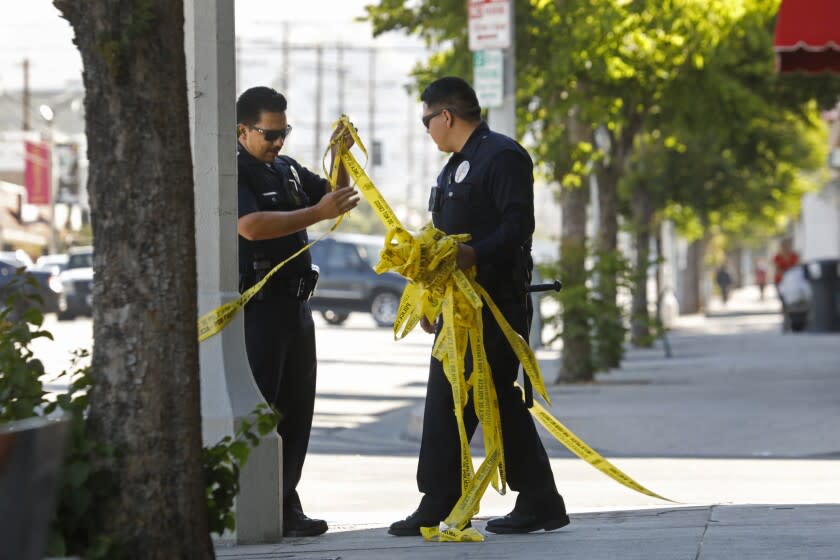 Police shot and killed a gunman in Pacoima on Sunday night after trying to force someone out of a car at gunpoint, according to the Los Angeles Police Department.

Multiple people reported a man armed with a handgun in the Laurel Canyon and Van Nuys Blvd. area around 10:40 p.m. The man pointed the gun at several people and attempted to distract someone, according to the Sgt. LAPD spokesman Bruce Borihanh.

When officers arrived at the scene, according to police, the man opened fire and police returned fire. The man, described as being in his 20s, was hit by police gunfire and taken into custody, authorities said. He was taken to hospital, where he was pronounced dead, Borihanh said.

No one else was injured in the shooting and a handgun was recovered from the scene and will be used as evidence, according to the LAPD. Investigators will interview multiple witnesses and review surveillance and body camera video as part of the investigation into the shooting.