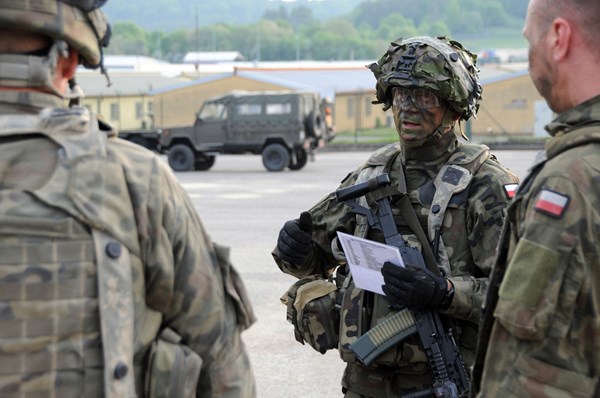 Warsaw is stepping up, putting its armed forces on heightened alert after unconfirmed reports that Russian missiles have landed on Polish soil.

Warsaw is placing some of its military units in a heightened state of readiness, a government spokesman said on Tuesday in light of unconfirmed reports of Russian missiles landing in Poland.

“It has been decided to raise the readiness of some combat units and other uniformed services,” spokesman Piotr Muller told reporters after an emergency meeting of the National Security Council in Warsaw.

The Pentagon said it was unable to verify reports that 2 Russian missiles hit Polish soil, but it is currently investigating the allegations.

Amid reports of 2 missiles falling in the village of Przewodów in Lubelskie Voivodeship near the border with Ukraine, Warsaw has called for an emergency meeting of the national security council.

“We are aware of news reports alleging that two Russian missiles struck a location inside Poland or the Ukrainian border,” Pentagon spokesman Pat Ryder said.

“We have no information at this time to corroborate that there was a missile strike,” Ryder told reporters, adding that the Pentagon is “investigating this further.”

“A collective response to Russian actions must be tough and principled. Immediate actions include a NATO summit with Ukraine’s participation to craft new joint actions, which will force Russia to change course on escalation, providing Ukraine with modern aircraft,” Foreign Minister Dmytro said. Kuleba said on Twitter.

…which will force Russia to change course on escalation, supplying Ukraine with modern aircraft such as F-15s and F-16s, as well as air defense systems, so that we can intercept all Russian missiles. Today, protecting Ukrainian skies means protecting NATO 2/2

NATO chief Jens Stoltenberg said on Tuesday it was important to find out the facts about what caused a deadly explosion in Poland after speaking with President Andrzej Duda.

“I spoke with President Duda about the explosion in Poland […] NATO is monitoring the situation and the Allies are consulting closely. It’s important that all the facts are established,” Stoltenberg tweeted.

Interview with President Duda @prezydentpl about the explosion of #Poland. I offered my condolences for the loss of life. #NATO is monitoring the situation and the Allies are consulting closely. Important that all the facts are established.

The Russian Defense Ministry quickly dismissed Poland’s claims about “Russian missiles”, saying it was a deliberate provocation to try to escalate the situation.

According to the Moscow Defense Ministry, no strikes were carried out by Russian means near the Ukrainian-Polish border.

“The statements of the Polish media and officials regarding the alleged fall of “Russian” missiles in the area of ​​the Przewodow settlement are a deliberate provocation aimed at aggravating the situation. No strikes were carried out against targets near the border of Ukrainian-Polish state by Russian arms,” ​​the ministry said.

They added that “the fragments published in pursuit by the Polish media from the scene in the village of Przewodow have nothing to do with Russian weapons”.

French President Emmanuel Macron on Tuesday evening called for talks over reports that Russian missiles had landed in Poland during the G20 summit currently underway in Indonesia, the Elysee Palace told reporters.

Efforts were underway to “explore the possibility of a discussion tomorrow morning at the level of leaders (…) given the presence of all our major European partners and our major allied partners at the G20 summit”, in the presence of Macron, said the French presidency, as quoted by AFP.

It comes after reports emerged that Macron would call his Russian counterpart, Vladimir Putin, after the G20 summit, where Russia is expected to face intense pressure.

A senior Elysee official told reporters that Macron would “call him after the G20”, lamenting Putin’s “isolation” over the war in Ukraine.

Unlike other European leaders, the French president has remained in contact with Putin and “will continue to talk”, according to the official.