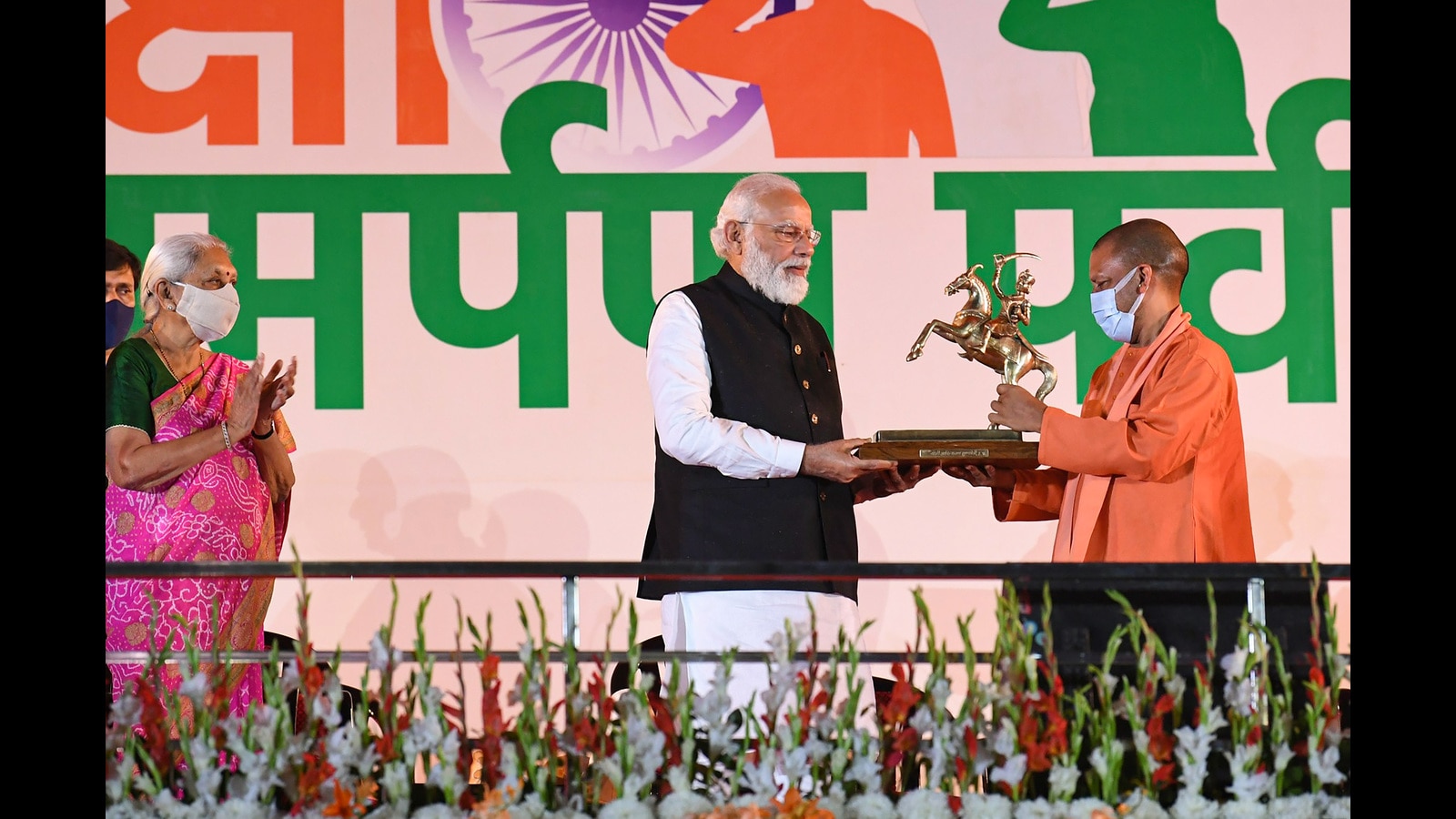 Prime Minister Narendra Modi ceremoniously handed over the locally developed Light Combat Helicopter (LCH), drones and electronic warfare suite to the three services as part of the Rashtra Raksha Samarpan Parv during a ceremony in Jhansi on Friday.

He said the defense event was the start of a new chapter in the history of the defense industry in India. Emphasizing self-sufficiency in defense, the Prime Minister said: “India’s identity was that of an arms importer. Today, the country’s mantra is “Make in India, Make for the World”. The country is working to make our armed forces “atmanirbhar” (autonomous). in this sector.

“The mantra is Make in India – Make for the World,” he said, adding that the Defense Ministry had published a list of 200 military equipment that would be purchased from Indian companies to boost Atmanirbhar Bharat.

At the ceremony, Modi officially handed over a Light Combat Helicopter (LCH) designed and developed by Hindustan Aeronautics Limited (HAL) to Air Force Chief Marshal VR Chaudhari, drones and drones built by Indian start-ups to the Chief of the Army, General Manoj Mukund Naravane, and the advanced electronic warfare suite designed by DRDO and manufactured by Bharat Electronics Limited for warships to the Chief of the Navy, Admiral Karambir Singh

He also laid the foundation stone for a ?? Bharat Dynamics Limted 400 crore factory, the first unit of the Jhansi node of the UP Defense Industrial Corridor which is said to span 183 acres. This initiative would give Jhansi new recognition, boost MSMEs (micro, small and medium enterprises) in the Bundelkhand region and create employment opportunities for young people, he said.

The Prime Minister said the Bundelkhand region, once known for its bravery and courage, would play the role of “sarathi” in the UP defense industrial corridor and be one of the main centers of the defense force. from India.

“The admission of female students has started in 33 Sainik schools. They will produce girls like Rani Laxmi Bai to take responsibility for the defense, security and development of the country, ”he said.

In total, the PM laid the foundation for projects worth ??3,414 crores to Jhansi. It included an ultra mega solar park worth ??3000 crore to Garautha, which would produce 600 megawatts of electricity at the end.

In addition, the Prime Minister reached Jhansi Fort and launched the National NCC Officer Cadet Simulation Training Program with the aim of expanding the simulation training facilities for the three NCC squadrons.