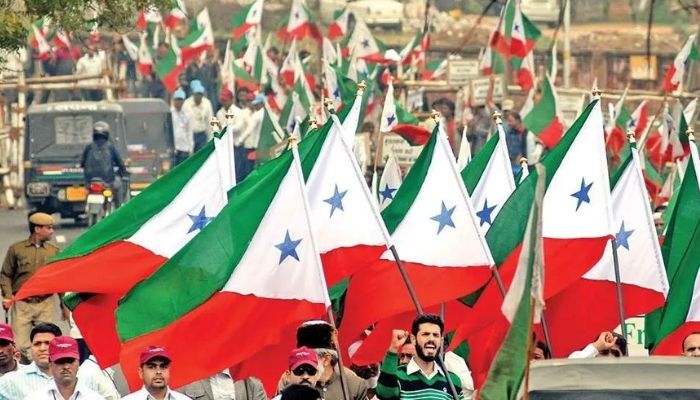 Bihar Police have made a shocking revelation after a recent crackdown on a PFI covert operation in the state. In a press conference, ASP Manish Kumar of Phulwari Sharif of Patna said that 2 people were arrested for engaging in anti-Indian activities.

One of those arrested is a former Jharkhand policeman named Md Jallauddin, and the other is Athar Parvez, a former member of SIMI and currently a member of PFI and its political arm SDPI. ASP Manish Kumar informed that Parvez’s younger brother is a convicted terrorist who was imprisoned in 2001-02 for his involvement in a bomb blast case.

Accused including a retired policeman from Jharkhand, Mohd Jallauddin as well as a former member of SIMI who is also a current member of PFI&SDPI, Athar Parvez arrested. Parvez’s younger brother went to jail in 2001-02 state bombings after SIMI ban: Bihar SSP Manish Kumar pic.twitter.com/3y5vBlwJiI

In what appears to be an elaborate operation, the 2 arrested defendants are said to have brought in people over the past 2 months from all over India. Hotel rooms and travel tickets have been reserved under false names for these people. On July 6 and 7, Jallauddin and Parvez trained a large group of locals in the use of swords and knives under the guise of martial arts training. They also incited the crowd with religiously violent statements.

Police added that they had CCTV evidence and several witness statements.

The police also unearthed an 8-page document that outlines the goal of the PFI for the coming years. In the document entitled “India Vision 2047”, the PFI circulated internally among its cadres that it aims to completely dominate the “Hindu cowards” and subjugate them and this goal will be achievable even with 10% of Muslims rallying to the PFI.

#LOOK | An excerpt from an 8-page document they shared between them titled ‘India vision 2047’ reads: “PFI is convinced that even if 10% of the total Muslim population rallies behind him, PFI will subjugate the loose majority community and bring back glory”: Bihar SSP Manish Kumar pic.twitter.com/MIId3qUXZE

The police also added that Parvez and ex-police officer named Jalluuddin raised funds worth lakhs for this recent venture.

A similar operation was halted in Telangana earlier this month

It should be noted here that Telangana police had recently dismantled a similar operation in Nizamabad and arrested PFI individuals who were training local Muslims in the use of weapons to engage in violence. The 3 individuals arrested were named Shaik Shadullah (40 years old), Mohammad Imran (22 years old) and Mohammad Abdul Mobin (27 years old).

They resided in Nizamabad while posing as small-time laborers like mechanics, but their main goal was to identify gullible young Muslims, radicalize them with Sharia, and then recruit them for anti-national activities, according to the Nizamabad Police Commissioner KR Nagaraju.

One of the accused admitted to the police during his interrogation that the PFI sought to indoctrinate local Muslim youths with Sharia and Islamic fundamentalism in order to recruit them into anti-national activities. He also admitted that the group held workshops to teach Muslims how to use deadly weapons and martial arts with the main aim of recruiting them to wage jihad in the state.

It should be noted here that the Islamic organization PFI was found to be involved in a number of anti-Indian activities which often manifested in violence and hostility towards Hindu communities and the government. From the Shaheen Bagh anti-Indian protests, anti-CAA riots and Bengaluru riots in 2020 to the recent riots in several cities across India, PFI’s footprint has been everywhere. A number of reports have emerged showing that after the radical Islamic organization SIMI was banned, most of its members assimilated into the PFI.