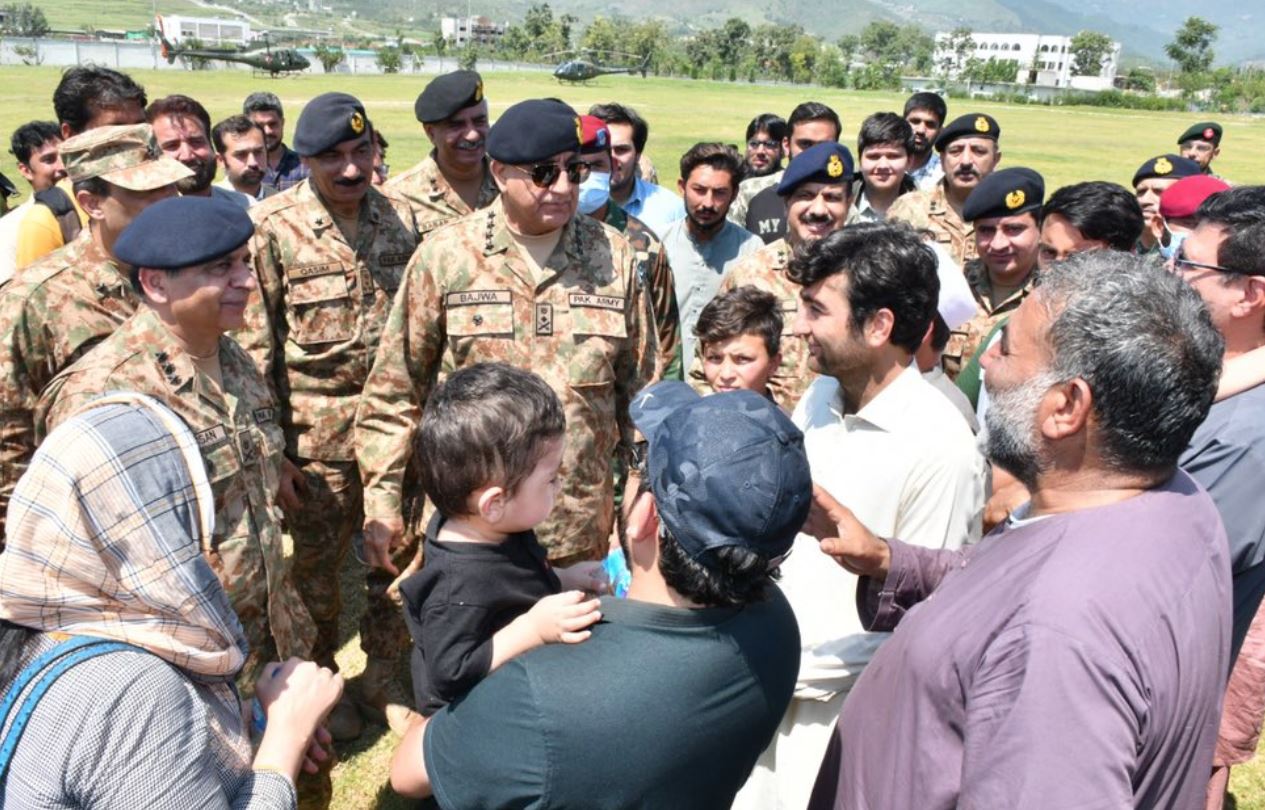 Islamabad: Pakistan Armed Forces have rescued another 2,000 people stranded by rising floodwaters which continue to wreak havoc across the country.

Record monsoon rains and melting glaciers in the northern Himalayas have caused floods that have so far killed at least 1,208 people, including 416 children, according to the National Disaster Management Authority (NDMA). .

Pakistan’s navy has deployed inland to carry out relief operations in sea-like areas, prompting the United Nations to appeal for $160 million to help fight the what she called an “unprecedented climatic disaster”.

As much as 11 feet (3.35 meters) of water submerged beneath some villages in Dadu district in Sindh, one of the worst affected provinces, according to Bashir Khan, a resident who is in contact with those who remained in the area.

In the nearby town of Mehar, residents were building a dyke to prevent floodwaters from entering the town, he said.

The navy airlifted more than 150 people from Dadu villages on Thursday, it said in a statement.

On Friday, the military said it had evacuated around 50,000 people, including 1,000 by air since relief efforts began.

“In the past 24 hours, 1,991 stranded people have been evacuated,” the armed forces said in a statement, adding that nearly 163 tons of relief items had also been delivered to the victims.

Several humanitarian relief flights are expected to arrive on Friday from Middle Eastern countries such as Qatar and the United Arab Emirates, Pakistan’s foreign ministry said.

Weather officials predict more rains and flash floods in September as southern regions brace for a surge in water from the Indus River.

Sindh has asked relief camps to deploy more female medics and medics, to ensure adequate care as more pregnant women and young mothers are displaced by the waters.