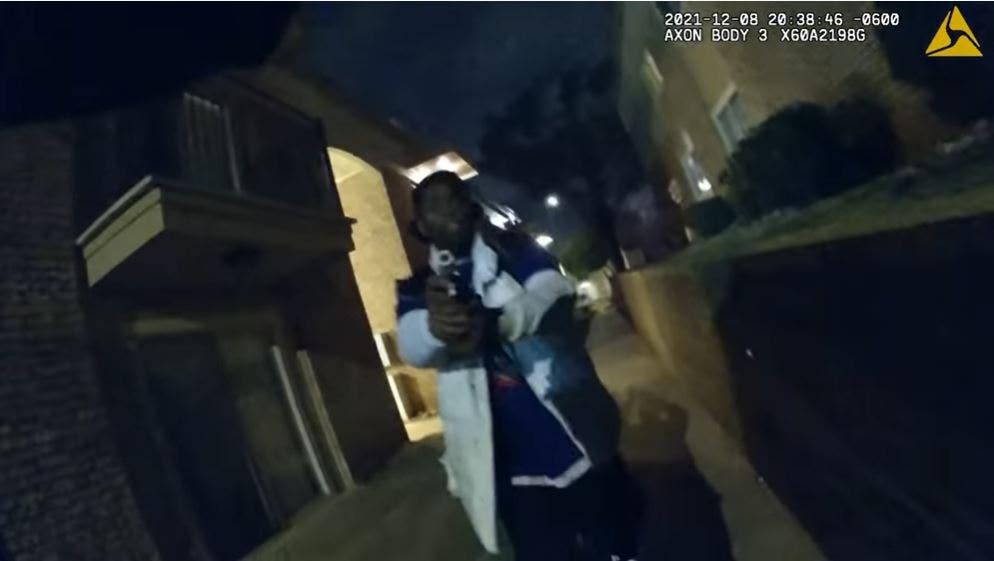 An Oklahoma police officer pleaded with an armed suspect not to shoot him during a tense confrontation earlier this month in which a gun was pointed at him, according to newly released body camera footage.

Oklahoma City Police Officer Andrew Ash was responding to a disturbance call at an apartment complex around 8 p.m. on December 8, where someone was trying to enter the unit of a member of the family during the encounter, the police department said in a video explaining the shooting.

The footage was released on December 21 and shows the couple in a covered walkway. The suspect, Antwon Hill, walks away from Ash, who follows him. As Hill, 40, then walks over to the officer, he appears to reach into his right jacket pocket and pull out a handgun.

Ash orders him to put the gun down and slowly comes back.

“I’m not doing anything,” Ash replies in an apparent de-escalation technique.

Hill then appears to point the gun at the officer.

” Do not pull. Don’t shoot,” Ash is heard saying as he returns.

Antwon Hill allegedly pointed a handgun at an Oklahoma City police officer during a tense confrontation Dec. 8. The policeman fired a shot but no one was injured.
(Oklahoma City Police Department)

“I don’t have it. Listen, listen,” Ash replies before quickly backing up and firing a shot.

Hill is heard screaming as Ash reports the shooting on his radio.

“I’m fine but I need backup,” said the officer.

Hill barricaded himself in a family member’s apartment before being taken into custody. No one was injured in the shooting.

Hill is being held in the Oklahoma County Detention Center on multiple counts, including pointing a firearm at a police officer, carrying or possessing a firearm by a convicted felon, and drug offences.