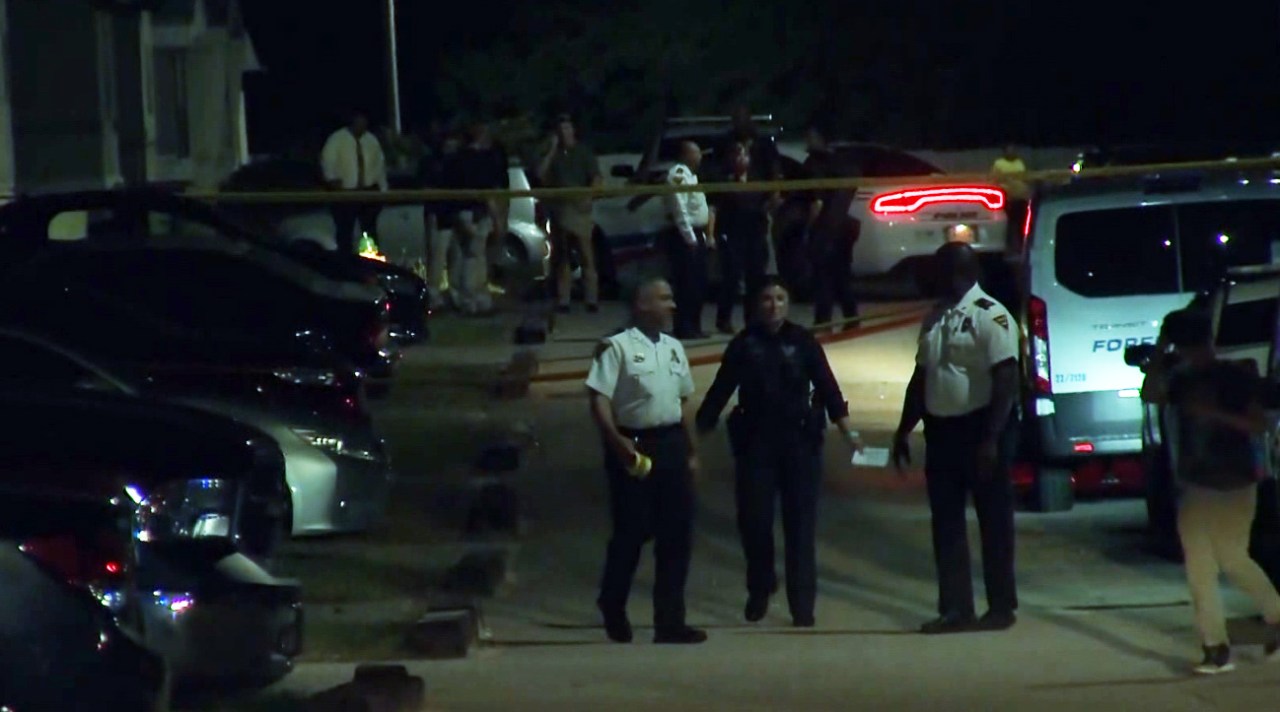 FAYETTEVILLE, NC (WNCN) – Fayetteville police say officers were involved in a fatal shooting Friday night with a “suicidal” person who had two knives.

The incident was reported along Hickory View Court, which is in a mobile home community just off Pritchett Road, south of Cliffdale Road, according to a Fayetteville police officer.

When officers arrived at the scene, they found a man behind a mobile home armed with two knives, the news release and police said.

“Fayetteville Police Department officers discharged their weapon, fatally striking the subject due to the threat encountered,” police said in the news release.

Police at the scene – a sergeant and four officers – initially tried to convince the armed person to put the knives down, but he did not, police said at the news conference.

A taser was used on the suspect, but he “fought off” the taser and “got back to his feet,” Fayetteville Deputy Police Chief Kem Braden said.

Officers then opened fire on the suspect, officials said. It is not known how many officers fired at the suspect, according to police.

The location appears to be in a mobile home development called Cross Creek Pond.

Alexandria Douglas, whose mother lives a few houses from where the incident happened, said she panicked when her mother told her she heard multiple gunshots.

“The first thing I thought of was my mom because she’s all alone,” Douglas said. “Just the fact that it happened so close to my house – a shooting – and I know the kids will be running around here…I knew it had to be something serious.”

Neighbors told CBS17 News that Livesay recently moved to the area and has mostly been left alone.

The North Carolina State Bureau of Investigation took over the case.

Anyone with information regarding this investigation is asked to contact the SBI at 1-800-334-3000, Fayetteville Police Det. J. Nevitt at (910) 703-3499, or Crimestoppers at (910) 483-TIPS ( 8477). Crimestoppers information may also be submitted electronically, by visiting This site and by filling out the anonymous online tips sheet, or by downloading the FREE “P3 Tips” app available for Apple devices in the Apple App Store and available for Android devices in Google Play.