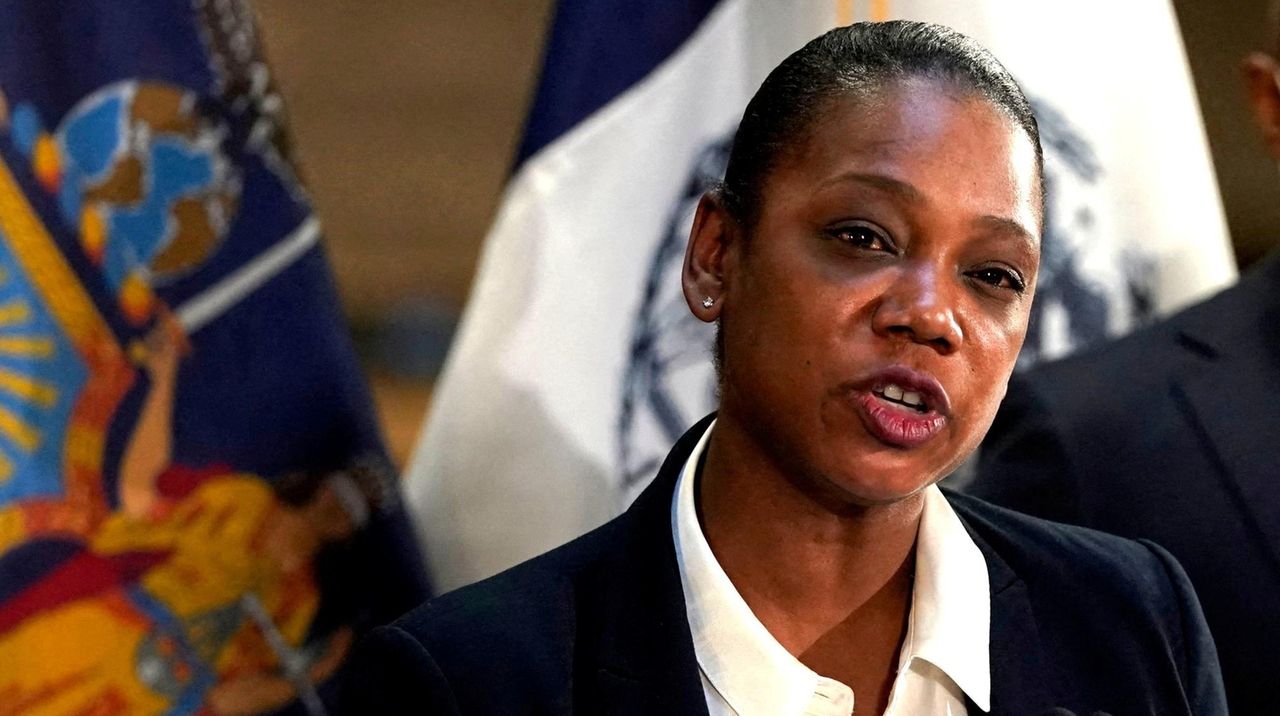 Police shot and killed a burglary suspect in the Bronx on Thursday afternoon after a foot chase that ended with the injured man in the Bronx River, NYPD officials said.

The third shooting involving an officer in two days was sparked around 1:30 p.m., police say, by a 911 call reporting a burglary at a first-floor unit of an apartment building, located near the intersection of 224 East Street and Bronx Boulevard. in the Williamsbridge section.

After cops entered the unit, they encountered an armed suspect, NYPD Department Chief Kenneth Corey told reporters during a briefing at the scene. Officers initially unsuccessfully attempted to subdue the man with a Taser, Corey said, before the suspect shot them twice and escaped through a window.

He then ran to the nearby Bronx River with cops in pursuit and ignored their pleas to drop the gun, Corey said. It was then that the 27-year-old man turned to three officers who fired, hitting the suspect in the chest and arm, according to the chief.

The injured suspect ended up in the Bronx River and was extracted by police. Officers provided first aid until an EMS ambulance transported the man to Jacobi Medical Center where he died, Corey said. The three officers involved were also taken to hospital for evaluation but were not injured, according to the NYPD.

Police did not identify the suspect Thursday night, but Corey said the man had two open criminal cases in New York. Investigators found a 9mm handgun they believe was fired by the suspect at officers, Corey said.

Early Thursday, a Staten Island narcotics detective was shot in the leg while executing a warrant in a drug case, police said. The detective, identified by law enforcement sources as Dominick Libretti, 33, of Staten Island, was taken to Staten Island University Medical Center for what officials said were serious career-ending injuries.

From breaking news to special features and documentaries, the NewsdayTV team covers the issues that matter to you.

He is expected to make a full recovery, officials said.

“Even with a severe leg wound, bleeding enough that his fellow officers had to apply immediate pressure to slow the blood loss, he held a ballistic shield in front of his team to protect them from gunfire,” said NYPD Commissioner Keechant Sewell at a press conference. conference at the hospital.

The detective has been on the force for 10 years, the last four of them in the narcotics division. He had never fired his gun before, NYPD Chief of Detectives James Essig said.

The NYPD identified the shooter as 39-year-old Nelson Pizarro, who was also shot in the leg by officers during the shooting.

Anthony Marshall, 40, the man police were at the home to arrest, has been charged with criminal sale of a controlled substance. Two women were also arrested at the home, officials said.

An officer was shot and wounded in the Bronx on Tuesday night after attacking a 16-year-old boy with a handgun, the NYPD said. The gun fired during the scuffle, hitting the boy and the cop, police said.

The injured officer and suspect were treated at St. Barnabas Hospital in the Bronx. The officer, Kaseem Pennant, 27, was discharged from hospital on Wednesday. The suspect, whose identity has not been released because he is a minor, was treated and arrested on Thursday for attempted murder and possession of a weapon, police said. The weapon was stolen in October 2020 from York County, South Carolina, according to police.

“Because there are so many guns on the street and the policies in place with bail reform aren’t working, people in the city are not safe,” DiGiacomo said.

Anthony M. DeStefano has been a reporter for Newsday since 1986, covering law enforcement, criminal justice and legal affairs from his offices in New York.