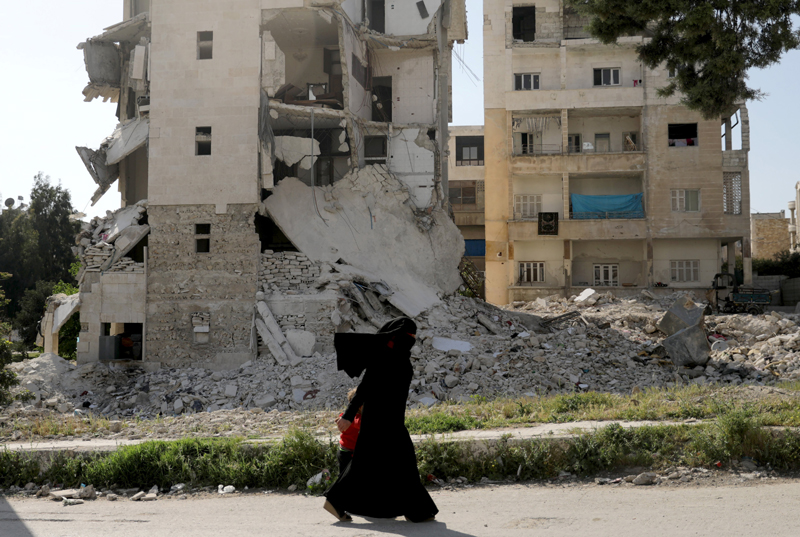 UNITED NATIONS (CNS) – United Nations efforts to limit the use of explosive weapons in densely populated urban areas have won the backing of the Vatican’s nuncio to the world body.

Archbishop Gabriele Caccia said that civilian populations in cities must be protected in armed conflicts so that lives are not lost and daily life is not massively disrupted.

He made the comments during a meeting of the UN Security Council on January 25.

Affirming that the protocols under the Geneva Conventions extend the protection of civilians in conflict zones, Bishop Caccia said these safeguards have “proved insufficient in the face of what Pope Francis calls ‘another world war… one by one”.

“Tens of millions of people suffer each year from the consequences of armed conflict in cities, which include the disruption of essential services and the risk of displacement, injury and death,” Bishop Caccia said.

He reiterated the findings of a May 2021 report by UN Secretary-General António Guterres that civilians account for 90% of those killed and injured by explosive weapons in urban settings.

António Guterres also addressed the Security Council, explaining how more than 50 million people around the world are affected by conflict in urban areas and are at risk of being killed or injured.

In some situations, civilians can be mistaken for combatants and attacked, said António Guterres. At other times, he added, fighters decide to use explosive weapons in crowded areas, causing lasting suffering for ordinary people who face permanent disabilities and severe psychological trauma.

Such effects, Bishop Caccia said in his address, call into question “whether the use of explosives is lawful in such contexts.”

In addition, he continued, urban warfare can harm civilian infrastructure such as hospitals, sanitation systems and places of worship while ravaging the local environment.

“This damage is causing outbreaks of preventable disease, hampering the delivery of humanitarian assistance, robbing surviving civilians of their dignity and hope, and increasing the number of people forced from their homes in search of a brighter future. sure,” he said.

Those who remain, he added, often face explosive remnants contaminating urban settings, making it harder for people to return and rebuild to begin.

Archbishop Caccia said the Holy See welcomes and supports the efforts of the UN to develop a political declaration that commits states to avoid the use of explosive weapons with widespread effect in populated areas.

Noting that states have the primary responsibility to protect civilians from the effects of explosives, the Archbishop quoted the Pope as saying that individuals are also required to respect the limits of international humanitarian law that protect civilians and civilian structures without defense.

“We sincerely hope that today’s public debate will advance measures to protect civilians in armed conflict and end the culture of impunity that has brought death and suffering among urban populations” , said Bishop Caccia concluding his remarks.

“For their sake, we pray that the words expressed here today will translate into concrete actions.”