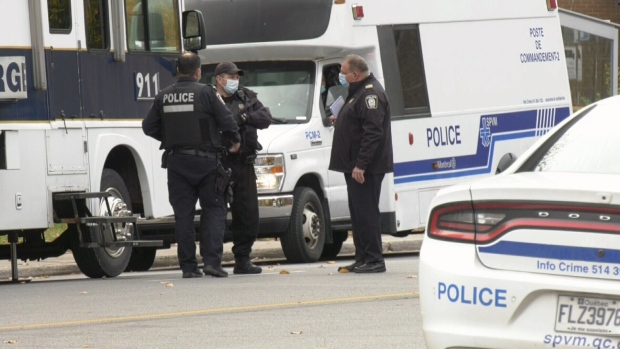 The Quebec City prosecution office said Wednesday that no charges will be brought against a Montreal police officer who shot and killed a man in distress during an incident in the city’s west end in 2020.

Two officers driving a police car pulled over Sheffield Matthews, 41, as he was near the intersection of Côte-Saint-Luc Road and West Hill Avenue in the NDG borough of Montreal just before 6 a.m. on October 29, 2020. He was armed with a knife.

Matthews ignored repeated requests from police to drop his gun and drew it as officers closed in on him to defuse the situation, according to a press release from the Director of Criminal and Penal Prosecutions (DPCP).

At one point, he walked towards a city bus and officers feared he was harming others. An officer exited the vehicle and fired two shots at Matthews, and another officer soon after fired three more. Only one of the bullets hit him fatally.

The prosecutor said the use of force was legal and justified since the threat of grievous bodily harm or death was “imminent”.

“Considering that the man was armed with a knife, that he refused to comply, that he quickly approached the policeman and that he was less than a meter from him, close enough to stab him, the officer had reasonable grounds to believe that the force applied to the man was necessary to protect him from serious bodily harm or death,” the DPCP statement read.

The police intervention only lasted about two to three minutes, but it is an intervention that will have a lasting impact on those who have been left behind.

Matthews was a father who, before his murder, volunteered at a nursing home, his friend, Sabrina Folland, said in a moving video posted online after the shooting.

Folland said he struggled with poverty and would spend almost all of his income to provide for his children, even if that sometimes meant he went hungry.

“I don’t know what happened at that time – if he was just eaten up with sadness – but that wasn’t Sheffield’s true character at all. He was so far from that,” he said. she said, describing him as “caring” and “kind.”

“We’ve all had that moment when we’re consumed by sadness, darkness, anger and pain and we don’t feel well.”