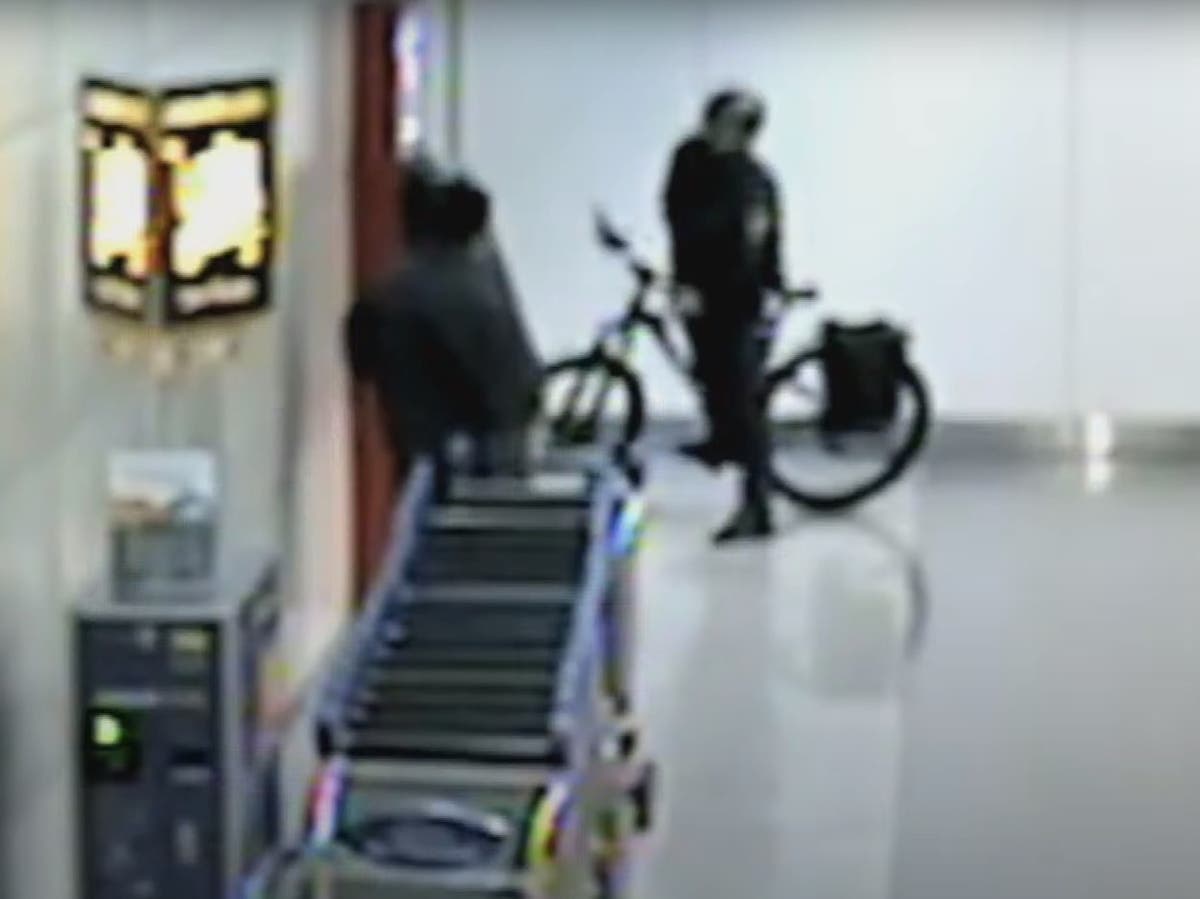 Footage shows the suspect and officers who shot and killed a “suspicious individual” on January 20, not far from the BART station near San Francisco Airport’s international terminal.

The man, who was recently named Nelson Waynezhi Szeto, 37, was described by police as being of Asian descent and can be seen in both a body camera and in surveillance footage released by the Department of San Francisco Police Department (SFPD) on Monday.

The police department said the man was hiding a fake or replica airsoft-style gun – after initial reports suggested he was armed during the fatal encounter – although both items were visible in the pictures.

He had also apparently refused to comply with requests from several San Mateo County Sheriff’s Department officers who, despite being armed, the videos show.

Szeto was heard saying “the hospital couldn’t help him” and appeared to ask officers to shoot him at some point in the fatal encounter, and as SFFIST reported, he also pointed his fake rifle and said “this one is loaded.”

The sequence ends with Szeto on the ground after being hit with a foam baton and as he tries to get up, when he appears to have been shot by one of the officers.

San Francisco Police Chief Bill Scott said it remained to be seen whether the officer’s actions were out of proportion and apologized to the 37-year-old’s family, who had not of fixed residence.

“Without coming to a conclusion as to the propriety of the use of force, I can say on behalf of myself and the entire department that we express our sincere condolences to Mr. Szeto, his family, his friends and his loved ones, for the loss of life they suffered,” Mr. Scott said.

According to CBS San Franciscomany members of the public who called in to Monday’s press conference expressed shock and concern at the use of lethal force against Szeto.

“The officers could have had a mental health professional on the phone, either on Nelson’s phone by having them call, contact him directly or on an officer’s phone,” said a caller and friend. “It would have snatched one of the pistols from his hands, if he had complied with that”

Others also expressed their support for the officers who were called to the terminal and said, “I also want to show my displeasure with the community because acting like hindsight is 20/20 and they know how they will act “.

A bystander who was hit by a ricocheting bullet and was treated by San Francisco Fire Department emergency medical personnel at the scene and treated at a hospital.

The encounter remains under investigation.