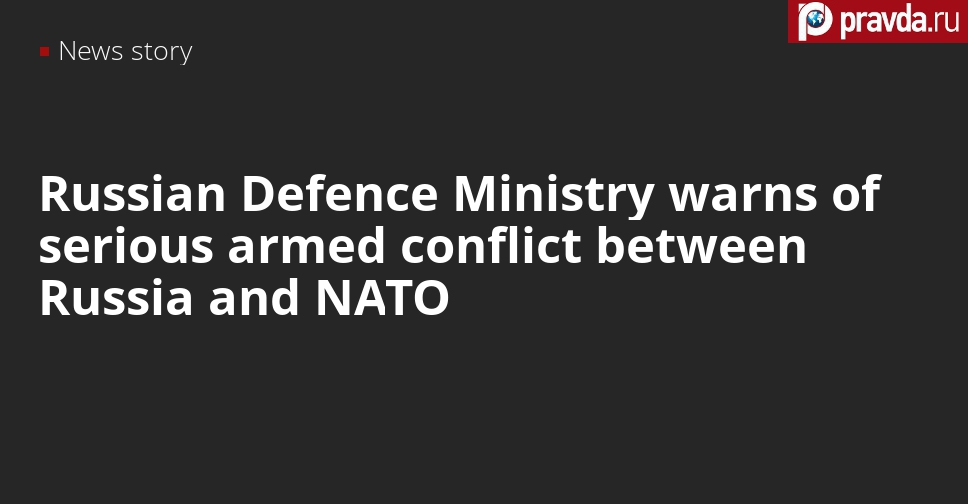 “The alliance has moved to the practice of direct provocations which present a high risk of escalating into an armed confrontation,” said Alexander Fomin.

Speaking at the briefing for military attachés and representatives of foreign embassies accredited to Moscow, Alexander Fomin referred to the incident of June 23, 2021, when the destroyer HMS Defender attempted to enter the territorial waters of the Russian Federation near Cape Fiolent off the Crimean coast. .

In the Black Sea region, compared to 2020, the intensity of the use of reconnaissance planes has increased by more than 60%, Fomin noted. The number of exits increased from 436 to 710.

In addition, the US Air Force’s B-IB and B-52H strategic bombers carried out 92 sorties in the airspace of the Black Sea region compared to 78 sorties in 2020.

“The minimum approach to the Russian border in the western part of Crimea was 15 kilometers,” Fomin said.

The scale and intensity of NATO’s operational and combat training activities in the Black Sea area have also increased, the official said. NATO conducted a total of 15 exercises in 2021 (up from eight a year earlier).

Russia ready to respond to NATO provocations in the Black Sea