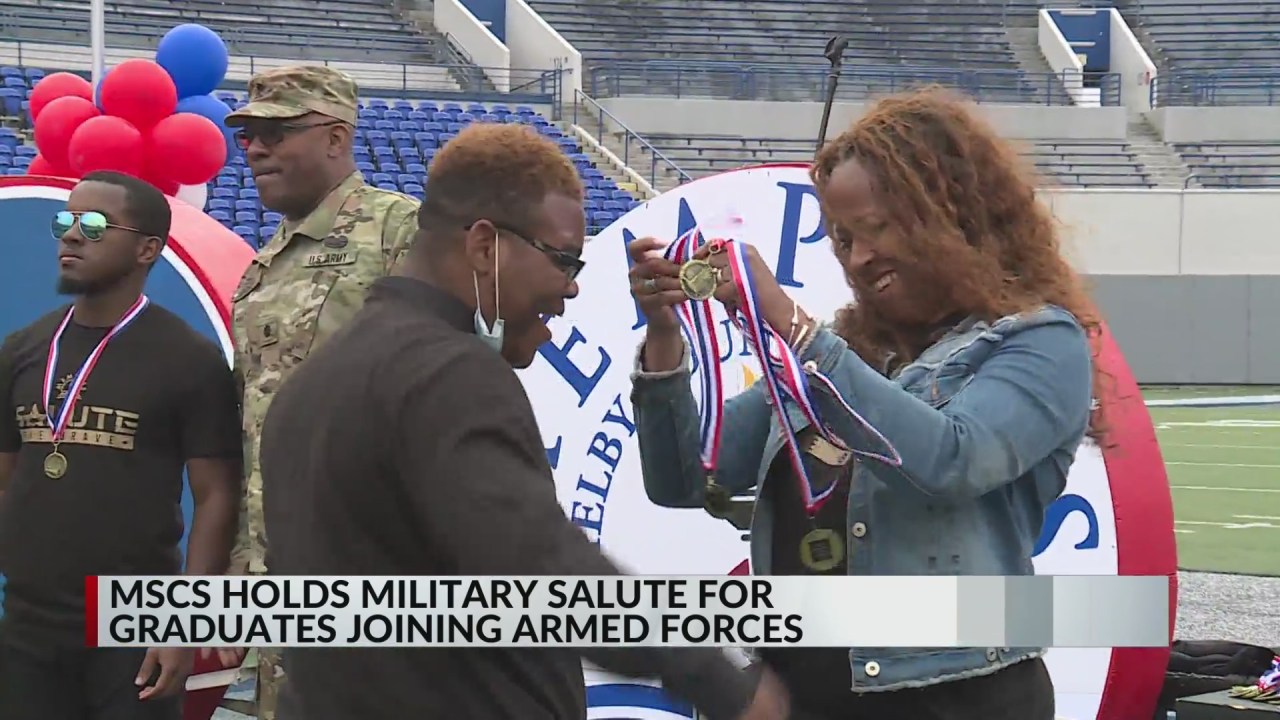 MEMPHIS, Tenn. – Dozens of high school students from across the city and county were highlighted in the third annual “military salute.”

On Friday, at the 50-yard line inside the Liberty Bowl, there was no football game. Instead, there was a military salute.

Memphis County Shelby Schools students planning to enlist after graduation or those attending college on an ROTC scholarship were recognized and applauded for the path they were soon to take.

Stroud is already proud of the military and excited about the novelty, although he acknowledges there is also a bit of nervousness.

He will not be alone. White Station High Senior Austin McCarthy will also soon be donning an Army combat uniform.

“My dad was in the Air Force, but I’m going to the military,” McCarthy said. “It was more something I wanted to do – I got a call to do it.”

He answers that call nearly 40 years after his father Randy Austin enlisted to serve in the Air Force.

“He just talked about it more and more and got involved. And he seems to love it,” Austin said. “And I’m just very proud of him that he wants to fight for our country, fight for our freedom.”

Undoubtedly, there were a lot of emotions on Friday, with some fun times mixed in.

Rain or shine, it was the perfect day to celebrate more than three dozen students from across the city and county who made the decision to serve this country.

These decisions are not taken lightly or for granted.

“Selfless service and protection of our country,” said Venus Austin, whose son is joining the military. “Our nation.”