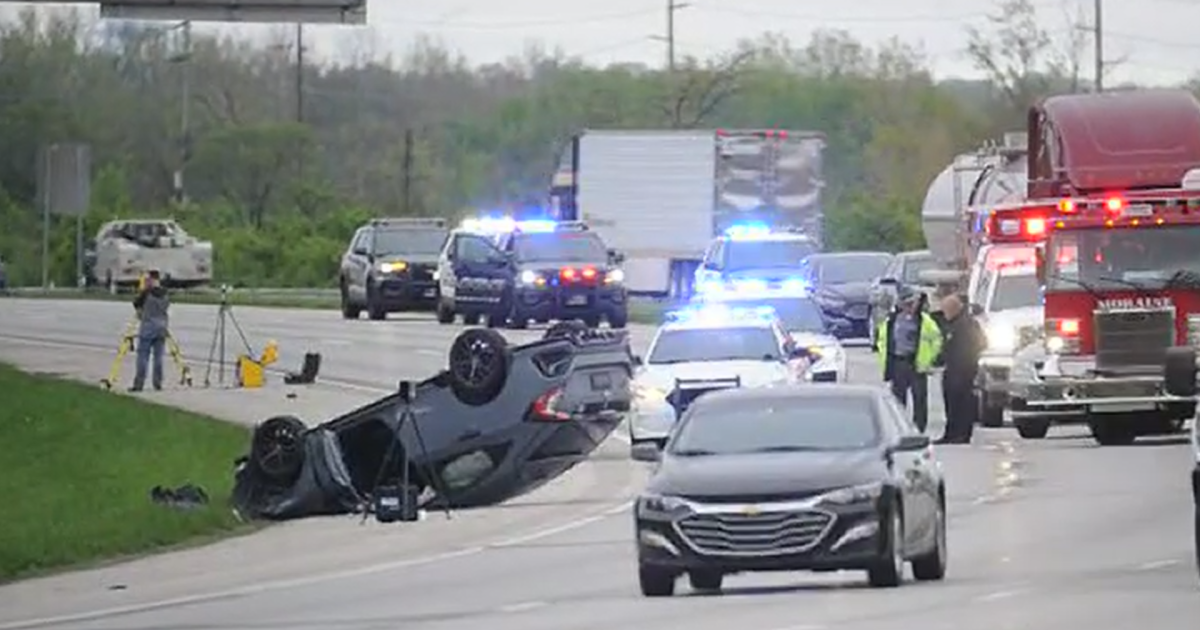 MORAINE, Ohio – A man was shot by officers and later died after authorities alleged he pointed a gun at officers following an accident on a highway in Ohio, reports said. authorities.

Moraine police and fire crews responded shortly before 6 a.m. Wednesday to a crash in the northbound lanes of I-75 and found one vehicle overturned and another in a ditch, police said. A man in the overturned vehicle was armed with a .44 caliber revolver and pointed it at officers, police said.

Chief Craig Richardson of the Moraine Police Department said officers tried to speak to the man and defuse the situation for about five minutes, giving the man a total of 41 commands to put the gun down, but he did not comply. At one point, officers saw him cock the hammer on the gun, Richardson said.

Police said the two officers eventually fired a total of nine shots and Elijah Isham, 27, was pronounced dead at a local hospital. The cause and manner of death are being investigated by the Montgomery County Coroner’s Office. Police said investigations into the events and the original accident were ongoing.

“It went very quickly from a simple accident to lethal force,” Richardson said. He said it appeared the suspect’s car was traveling at significant speed when it hit the other vehicle from behind, but the cause of the crash and the suspect’s intentions or motives are unclear. .

The suspect, who had an Oregon driver’s license and drove a car with Oregon plates, was recently arrested for a second degree felony in Colorado and was named in an active protective abuse order , Richardson said.