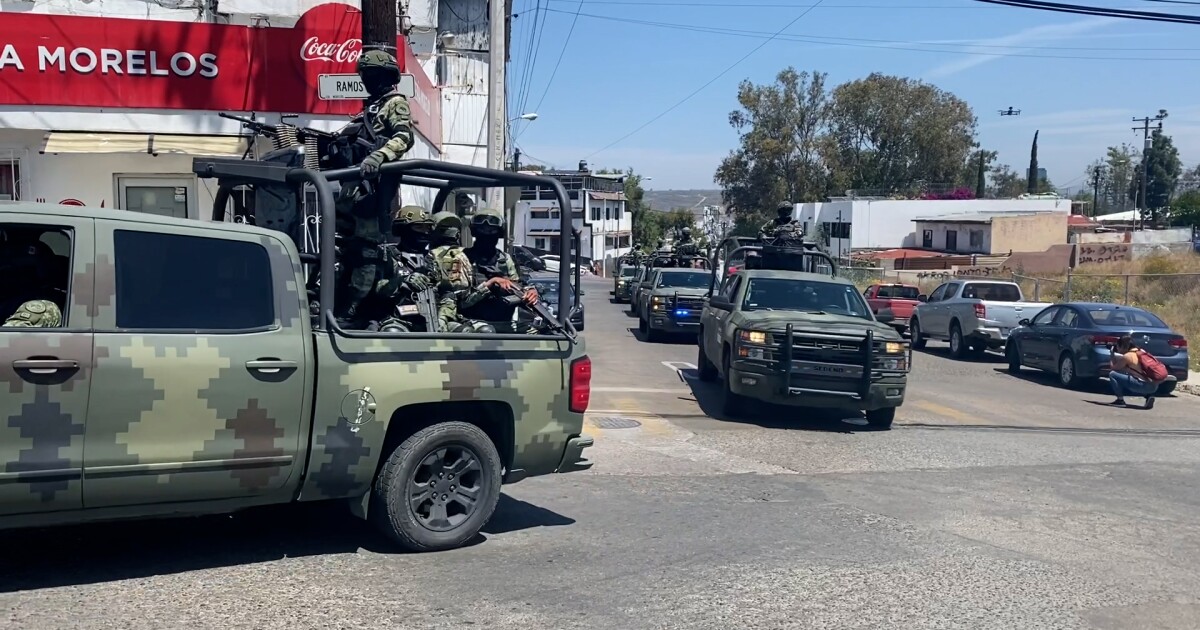 Members of the Mexican army’s special forces arrived in Tijuana on Tuesday to combat organized crime and target a specific list of criminals suspected of being behind a wave of violence.

For decades, Tijuana has been a battleground for rival cartels, seeking to take control of a direct route to transport drugs into the United States. In 2021, homicides in the border town fell below 2,000 per year for the first time in several years. But March was one of the most violent months of 2022, and so far in April at least 121 people have been killed.

For the first time, the Mexican military on Tuesday released a list of 115 “most wanted” criminals suspected of fueling violence in the border region. Officials hope the public will help identify them and report the whereabouts of the suspects.

Among their targets is David López Jiménez, also known as “Cabo 20”, who is suspected by prosecutors of being responsible for ordering the murder of Tijuana photojournalist Margarito Martínez Esquivel.

On January 17, Martínez, 49, who covered crime and security issues in Tijuana, was shot dead outside his home as he left for work after lunch in the troubled south of the city. Six days after Martínez’s murder, another well-known Tijuana journalist, Lourdes Maldonado, was murdered outside her home. Two years earlier, she had publicly told Mexican President Andrés Manuel López Obrador that she feared for her life.

Three men were arrested on February 9 in connection with Maldonado’s death. Three other people have been held up for trial in Baja California for the alleged murder of Martínez. Prosecutors say the group mistakenly believed that Martínez was responsible for information published in Zeta, an investigative news weekly, and on social media that exposed Jiménez’s network or “Cabo 20”.

Gen. Francisco Javier Hernández Almanza, Baja California state coordinator for the National Guard, said the 200 special forces troops who just arrived in the border town on Tuesday from central Mexico will join the 3,000 other soldiers already deployed in the region to “strengthen the rule of law”. and the development of daily activities” in Tijuana.

The troops form a joint task force aimed at fighting organized crime and preventing homicides. Members of local and state authorities, the attorney general’s office, the National Guard and the Secretary of National Defense (SEDENA) will also be part of the task force, according to Almanza.

Almanza said troops will be deployed to patrol dangerous neighborhoods and directed by investigators to specific addresses where criminal suspects may be.

Local authorities can sometimes be outgunned in Mexico by the cartel bosses they are trying to catch. Almanza said the additional troops will also provide necessary support to Tijuana police, if needed.

He stressed that the group would remain committed to respecting the human rights of ordinary citizens, even as the border becomes more militarized.

“As special forces, they have many specialties in combat,” he said.

Lined up under a 50-by-30-meter Mexican flag, the 200 newly assigned troops put on an impressive show of force, but Almanza said more resources would still be needed to bring peace to Baja California. He mentioned the need for better technology to counter the high-tech capabilities of some criminal organizations.

According to an INEGI National Urban Public Safety Survey of Baja California residents, an increase in the perception of insecurity was reflected in Baja California during the first quarter of the year. In Tijuana, it increased, as measured by the survey index, from 76.4 in December 2021 to 81.4 in March 2022, exceeding the Mexican national average by more than 15 points.