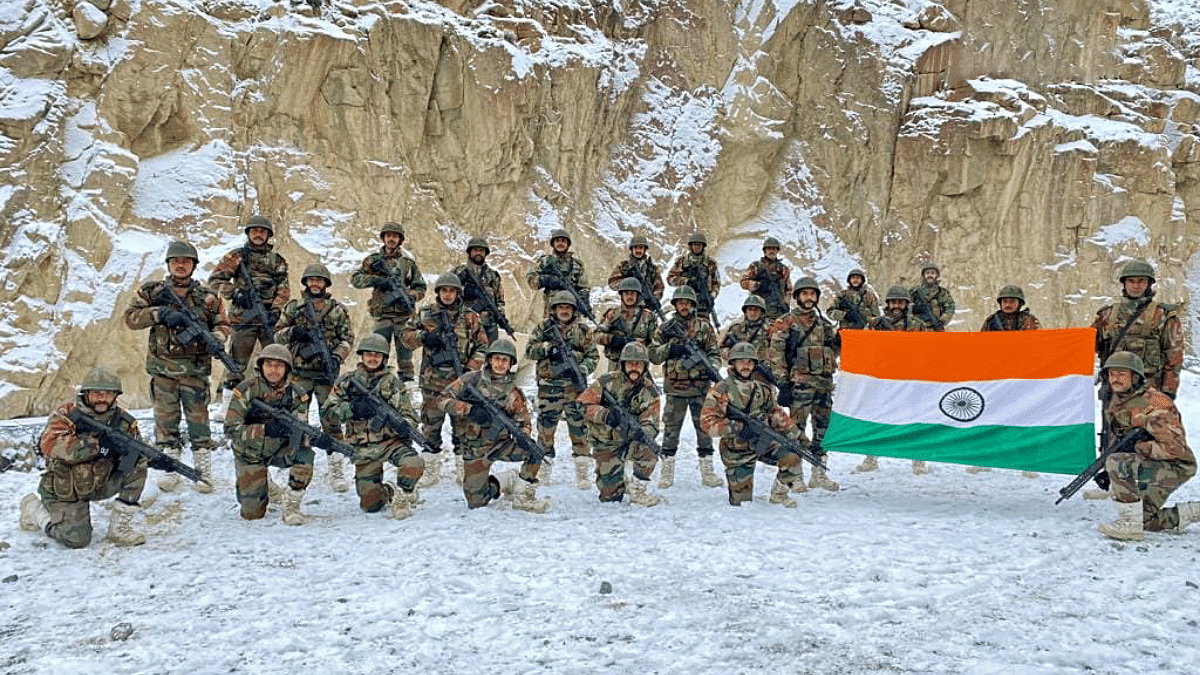 In 2014, the Supreme Court rejected a PIL alleging that the army’s recruitment policy was discriminatory and based on caste, religion and region. The court accepted the justification of the army concerning the existence of certain regiments which are based on a classification linked to social, cultural and linguistic homogeneity. The argument was that such homogeneity is seen as a force multiplier, as a factor of victory. The claim was accepted without challenge. Since 2018, and most recently in March 2022, some leaders of the Ahir community in southern Haryana have been using army logic to demand the institution of an Ahir regiment.

Citing the performance of Ahirs in wars, the community demands recognition similar to that given to Sikhs, Gorkhas, Jats, Garhwalis, Rajputs among other groups/communities. Such requests may have been localized and have election-related popular appeal. But that should not prevent us from questioning the fundamental argument that links homogeneity to combat effectiveness. Such institutional interrogation followed the mutiny of some Sikh units during Operation Blue Star. What followed was a shift to units based on the composition of the All India class which abandoned the logic of homogeneity based on social, cultural and linguistic community. The change was partial and easily implemented in the support and logistics echelons, such as signals, electrical and mechanical engineers, the Army Service Corps, and the Army Ordnance Corps.

Combat arms like infantry, mechanized infantry, armored corps, artillery and engineers, have resisted any major changes to the All India class and continue to adhere, mainly, to different combination patterns of classes like single, fixed, mixed fixed class where ethnicity, religion, caste and region was the basis of unit composition. However, in the Armored Corps, Mechanized Infantry and Artillery most of the new augmentations were based on the All India class. The old infantry, armored corps and artillery regiments which drew their class composition heritage from the British Indian Army resisted change, citing proven operational efficiency and administrative convenience.

Read also : Modi’s government and armed forces should cut another 10%, not recruit to fill the ‘shortfall’

In 1949, the Commander-in-Chief of India, General KM Cariappa, raised an infantry regiment, The Guards Brigade, by converting the four oldest battalions in the army – the Punjab, Grenadier and Rajput regiments. He decides to mix all the classes within these battalions. The idea was a daring experiment to promote national integration and test whether the men thus bound would perform their military duties with the same zeal as in the name of their class. The excellent performance of Guards Brigade, as integrated units, in all India’s wars since independence, furnishes ample proof of the success of the experiment. Freed from their homogeneous class identity, they fight as Indians for the nation. Even in general, the integration of India’s diversity within organizations provides a much wider range of a talent pool that cannot be matched by homogeneity.

So there is good reason to gradually convert the remaining regiments to All-India class, although some exceptions will have to be made for units like the Ladakh, Sikkim and Arunachal Pradesh Scouts. It will reinforce the constitutional right to equal employment opportunity, which is now juxtaposed with the ongoing legal battle based on the gender of women in the armed forces. Reform and conversion must be done from the bottom up by inducting people from the All India class over a period of time. Transformation can be centrally planned and carefully managed. Administratively sensitive issues, such as the existence of reserved places in the promotions of the various classes, must be given special attention so that only professional merit is the benchmark for career development.

In principle, the recruitment policy for the base of the armed forces should have merit as the main reference. Currently, it is based on the Recruitable Male Population (RMP) index system, which prioritizes geographic representation over merit. States with larger populations get more vacancies. Inequitable geographic population growth has not been accounted for in the existing RMP system which is currently based on the 2011 census. The situation is similar to the disadvantages that are likely to be inflicted on states when the constitutional requirement of the delineation exercise is undertaken in 2026. The relative success of family planning in the Southern states will lead to decreasing their representation in the Lok Sabha and Rajya Sabha while increasing the representation of the Northern states. The Navy and IAF long ago abandoned the RMP model.

Fortunately, so far there is no legislative provision that binds the government to a system of reservations for the armed forces. Recruitment may be based on a common nature national system, and selection is primarily on merit. This would involve an assessment of their physical and mental abilities. Of course, existing arrangements that respond to natural disparities due to regional and ethnic physical and educational qualifications can be maintained. Given that all states have reached some minimum level of progress in education, it is unlikely that there will be a major impact on geographic representation.

Read also : The Chinese PLA now has more of a say in weapons development and procurement. India stuck for 8 years

Ending the Legacy of Discrimination

The demand from the Ahir community is a reflection of the existing system which still bears some of the legacies of discrimination practiced by the British, who had identified certain communities as martial class and based their military might on such class composition. Although the All-India class was accepted in principle by military leaders, traditionalists stymied change and emotions took precedence over rationality. Combined with differential population growth, the existing recruitment policy may be technically non-discriminatory but, in practice, it lowers merit as a criterion for selection.

Recruitment is a fundamental element of national integration. But there are other elements like leadership, training, motivation, open-mindedness and the inculcation of the spirit of unity, to name a few, which determine the military efficiency. For a long time, all ranks of navy, air force and army officers were all recruited under an all-India merit system. The performance of infantry and other All-India-class based combat units has deflated the argument that cultural, social and linguistic homogeneity is a necessity for operational advantages.

It is certain that the suggested merit-based All-India class selection reforms can only be achieved through political intervention. This must be done alongside the continued search for modified terms of service models that will reduce burgeoning pension expenses, keep the Army young, and promote operational effectiveness.