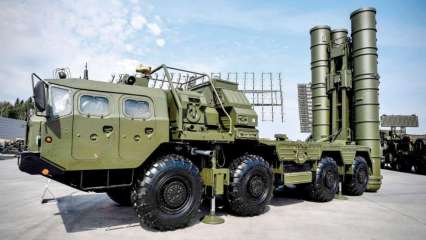 To strengthen the country’s air defense capabilities, the Indian Air Force (IAF) is deploying the first squadron of the S-400 air defense missile system to the Punjab region.

Parts of the Russian missile system started reaching India earlier this month and the unit is expected to be operational in the coming weeks, they said.

The S-400 air defense system was contracted by India under a contract worth around Rs 35,000 crore and five squadrons would be provided to India to combat air threats until at 400 km.

Notably, the S-400 missile system is counted among the best air defense systems in the world. In many ways, the S-400 is better than the American missile defense system. Thanks to this, missiles, fighters, rockets and even drone attacks can be defended. Each regiment has 8 launchers. Each launcher has 4 missiles. That is, a regiment can fire 32 missiles at a time.

The first squadron deliveries are expected to be completed by the end of this year. Sources said the equipment was transported to India by sea and air.

Sources said that after the deployment of the first squadron, the Air Force will begin to focus on the eastern borders and provide resources for personnel training in the country.

Indian Air Force officers and personnel trained in Russia on the system. The air defense system would give India an advantage in the skies of South Asia, as it would be able to eliminate enemy planes and cruise missiles from a distance of 400 km. The S-400 Missile Defense System is equipped with four different missiles that can engage enemy aircraft, ballistic missiles and AWACS aircraft at 400 km, 250 km, 120 km at medium range and 40 km at short range.

Due to difficult negotiations and negotiations, India managed to lower the price of the S-400 by nearly $ 1 billion, sources said.