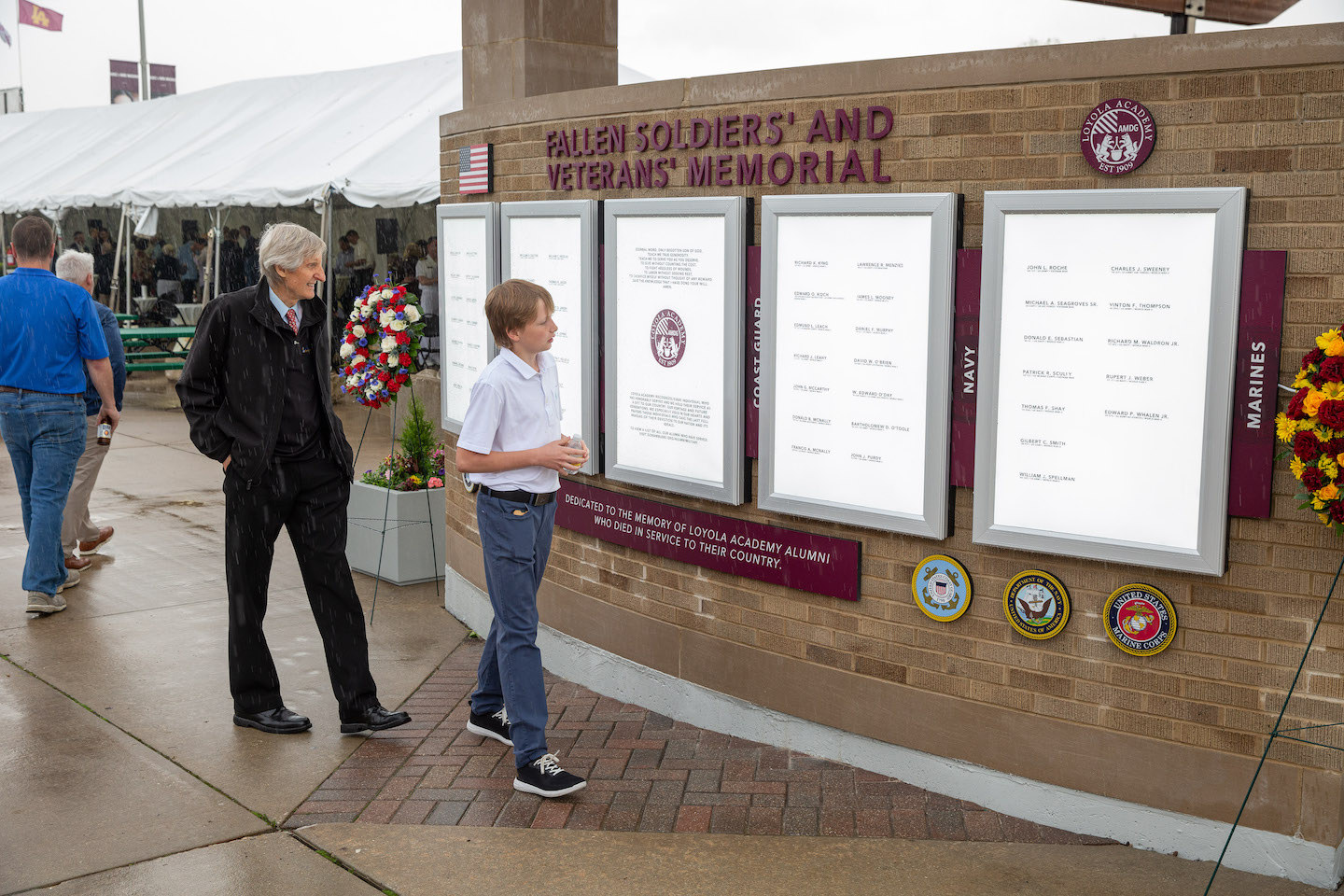 As Miller and other Loyola personnel organized files on Loyola history, they came across letters between soldiers stationed overseas and Loyola Academy priests.

This set Miller, a veteran who joined the Georgia National Guard after 9/11, down a path where he realized the school didn’t have an official list of alumni who served in the American armed forces or who died while serving their country. , sparking the idea of ​​a memorial to fallen soldiers and veterans, a wall of honor that was unveiled in a ceremony on Memorial Day weekend.

“I think it was probably long overdue,” Miller said. “…It became one of my personal missions as a guy who served. It is important not to forget. In summary, we found many names and wanted to recognize them. »

Fifty-four names to be precise, identified with a lot of help from alumnus Tom Blake, Miller said.

About 75 guests joined Loyola on May 27 to dedicate the Wall of Names, which sits in the Foley-O’Donnell Athletics Commons near the entrance to Sachs Stadium in Wilmette.

One of the attendees was former US Army Secretary Ryan McCarthy, a 1992 Loyola graduate, who also addressed the student body earlier in the day.

“The motto of this school means something. It’s not a sticker,” he told students according to a statement from Loyola. “When you take care of others, they will take care of you.”

Miller and his team raised money for the project for about a year before its unveiling, and he hopes to continue fundraising to develop a scholarship fund to help children of active duty military or veterans. wounded.

Supporting his passion for this project, Miller comes from a service-oriented family, with a son, Seth, also a Loyola alumnus, who is in the military, and a father and grandparents who served.

“I have a long history of respect for people who take this oath,” Miller said. “… It’s just important that we honor that sacrifice, especially when it costs someone their life. It was important to be able to identify who these people were.

The 54 former Loyola students who died while serving their country

The Record is a non-profit, non-partisan community newsroom that relies on reader support to fuel its independent local journalism.

Subscribe to The Record to fund responsible media coverage for your community.

Already subscribed? You can make a tax-deductible donation at any time.