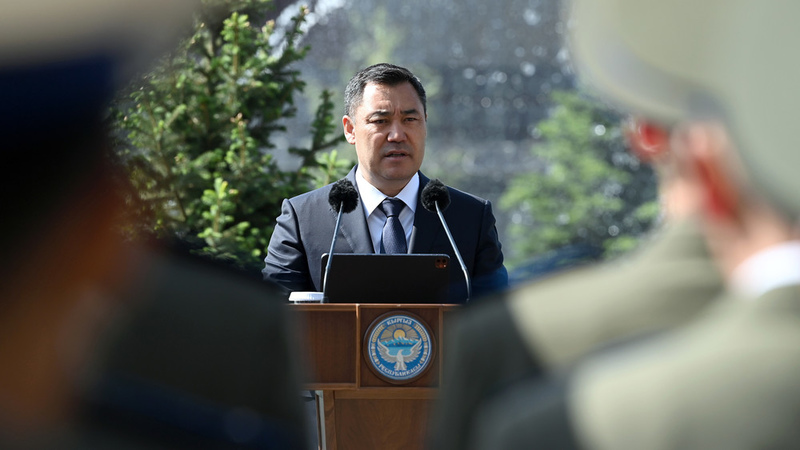 Kyrgyzstan is a peace-loving country, which bases its military policy on the principles of self-defense and defensive sufficiency, President Sadyr Japarov said.

Building effective armed forces to ensure the country’s national security is the main task, he said.

“A new national security concept was approved on December 20, 2021 as part of the work in this area, the main objective of which is to unite efforts and improve the effectiveness of the prevention, suppression and neutralizing threats to national security and strengthening the defense capabilities of the country,” he said.

The Security Council will soon consider the draft new military doctrine and make decisions on the overall support of the armed forces, especially on increasing their combat effectiveness, the president stressed.