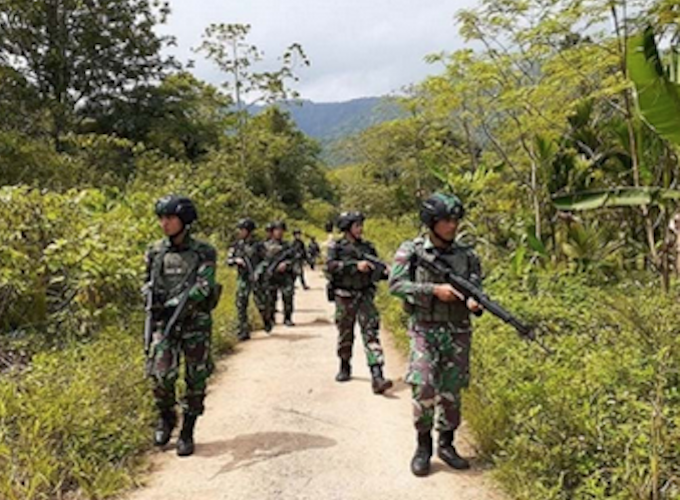 The West Papua National Committee (KNPB) has said it rejects the violent approach that Indonesia continues to push in Papua land.

“We have been consistent in calling for a peaceful resolution of the political conflict in Papua. We reject a violent approach which has already claimed many victims since [Papua] was annexed [by Indonesia] in 1962,” KNPB spokesman Ones Suhuniap said in a press release this week.

“We are aware that weapons will not solve the Papua problem.”

The KNPB calls on the Free Papua Movement-West Papua National Liberation Army (TPNPB OPM) and the Indonesian government to end the armed conflict.

“Immediately open a peaceful democratic space for dialogue and to find a peaceful solution,” the group said.

According to Suhuniap, the KNPB is asking Indonesia to stop sending troops to Papua.

“We are asking Jakarta to withdraw the troops that were dropped [in Papua] in large numbers because it has had an impact on humanitarian crimes since 1962.

As an organization, the KNPB rejects the use of weapons as a solution.

“All KNPB members adhere to the KNPB principles of peaceful struggle without violence. We must remind all rogue individuals (oknum) and other parties to stop treating the KNPB as criminals.

“If there are such rogue individuals, they should be held accountable for their actions. We will not tolerate it any longer,” Suhuniap said.

Suhuniap believes that the ongoing bloody conflict in Papua is a consequence of Jakarta’s reluctance to resolve the conflict peacefully.

“Our political history and current reality prove that the Papuan people have been, are and will continue to be the victims. All scientific research proves it. So, as human beings, we need a peaceful solution.

In moving towards the peaceful solution that is yearned for, Suhuniap said, both sides needed to talk in a respectable place.

“And speak honestly and openly and then agree on a solution for the Papuan people.”

For this reason, the KNPB, as the media of the Papuan people, continued to urge Jakarta and all other parties to seek a peaceful solution.

Papou lives without hope
Meanwhile, KNPB Diplomatic Secretary Omikson Balingga said the lives of the Papuan people in Indonesia were hopeless due to the threat of violence that had grown over the past 60 years.

“The Papuan nation has no hope of living with a colonial country. Apart from its people, the natural resources of the land of Papua also continue to be depleted by Indonesia. The only solution is independence as a sovereign country,” he said.

Earlier, KNPB General Chairman Warpo Sampari Wetipo said that KNPB as the media of the people of West Papua has been consistent in its civil mission in the cities.

“The KNPB will never take a step back. The KNPB has been consistent in the program of self-determination which together with the Papuan people it has continued to fight for,” Wetipo said.

Until the Papuan people have the democratic space to determine their own future (self-determination), he asserted that the KNPB will continue to exist throughout Papua.

“To date, the struggle of the Papuan nation has been to demand political independence. It’s no longer a secret. All the Papuan people already know and understand our political history and what is best for the future”.

Wetipo said Indonesia must understand that it must stop using colonialist policies and actions against the Papuan people.

“The best solution is to immediately give the Papuan nation the democratic right to determine its own future,” he said.