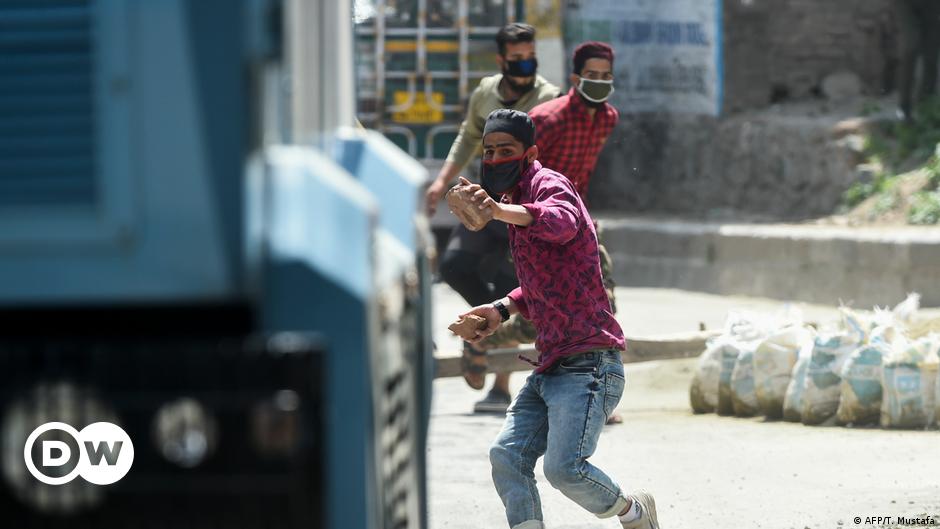 Seven-year-old Laiza last saw her mother on a video call as she lay on a hospital bed, her face completely unrecognizable and her body severely burned.

After a glance, she threw the phone away because she couldn’t bear to see her mother in such a painful state.

Shahzada, 28, from the village of Aishmuqam in the Anantnag district of southern Kashmir, got married nine years ago in the village of Makhoora. The life of a couple for her has never been a smooth affair. On March 25, things took a turn for the worse when her husband and in-laws set her on fire.

In video testimony recorded from her hospital bed, Shahzada whispered that she was set on fire with kerosene by her husband, stepmother and stepfather.

She went on to say that she had been a victim of domestic violence for years.

Nine days after the attack, Shahzada succumbed to her injuries and died at Shri Maharaja Hari Singh Hospital in Srinagar City. She is survived by her daughter and her 18 month old son Immad.

The incident not only sparked protests in her village, but also sparked public debate on the often overlooked issue of domestic violence in the conflict-torn region.

Back in his hometown of Aishmuqam, Shahzada’s two children now live with their maternal grandparents. In a constant state of shock and disbelief, her family mourns their daughter and mother, whom they describe as beautiful and brave.

“Her husband called us in the middle of the night and asked us to come to the hospital, saying that she had set herself on fire. But we couldn’t believe it, we knew something was wrong. not, “said her grieving mother, 60. DW.

She added that her daughter had regularly been the victim of violence at the hands of her husband.

“When we got to the hospital, we saw that her whole body had been burned, only the skin of her feet was intact. For nine days she fought death. She told us how they poured out kerosene on her clothes and set her on fire with a match. “

“[Shahzada] told us about the pain she felt when her skin burned. They are beasts, not humans, “added her mother, now worried about the future of her two grandchildren.

Laiza and her brother were asleep when the incident happened. However, Laiza remembers her mother’s screams, which woke her up.

“She is in shock at what happened to her mother. In the evening when we sit down for dinner, she tells us that she wants to sleep with her mother in her grave. We want severe punishment for the culprits,” added the grandmother.

Domestic violence in India administered Kashmir has not received much public attention or media coverage, as families often tend to cover up such incidents due to widespread social stigma.

There is also the problem of the lack of women’s shelters.

Over the past two years, gender-based violence has increased in the conflict-affected region, which has seen back-to-back closures that have confined people to their homes.

In August 2019, the Indian government revoked the special constitutional status of Jammu and Kashmir and divided the region into two federally administered territories. To avoid backlash, New Delhi imposed a severe lockdown and cut communication links. Months later, he relaxed some of the restrictions.

Then, in March 2020, authorities began to impose another lockdown to curb the spread of the coronavirus.

The National Family Health Survey (NFHS) conducted by India’s Ministry of Health has revealed worrying figures about the problem in the region. It concluded that in 2019-2020, around 9.6% of Kashmiri women aged 18 to 49 have experienced domestic violence.

On April 10, a few days after the Shahzada fire, another 32-year-old woman committed suicide in her in-laws’ house in the same neighborhood.

Her family accused her in-laws of cruelty and forced her to harm themselves.

Investigations into both cases are ongoing.

According to figures released by a police helpline in Srinagar, there has been an upward trend in distress calls from women facing domestic violence.

In 2019, the helpline received 55 calls, but in 2020, 177 calls were received. However, those numbers have risen further in the past three months, with more than 120 distress calls made by women seeking help during that time.

Although the police claim that there is a response system, it does little to help women in need.

“There is an emergency response system for women in all police stations in the region. It is run by the women themselves. In the event of extreme distress, the relevant police station is notified to provide assistance. Then the necessary legal action is taken, ”a senior police official told DW.

Shazia Malik, professor of feminist studies at the University of Kashmir, told DW that many women suffer in silence as their families try to cover up incidents of domestic violence.

“I think people cover it up; they associate family honor with it. Many women have also been burned and brutally murdered in the past,” she said.

“If it is a murder or a serious fire, it is reported to us by the media. We don’t pay much attention to everyday abuse and violence. If violence is noticed from day one, it will not reach Women must suffer because they have no property rights, family support or financial independence, ”she said, adding that women also lack organizational support.

“The cases are alarming. Women cannot approach the police all the time because of the situation here. Women need another approach in a dignified manner and there must be strict domestic violence laws. and a speedy justice system. “

Ezabir Ali, a social activist based in the main city of Srinagar, told DW that “every woman in Kashmir has a story to tell but her lips are sealed due to family pressure and social stigma.”

“The point is, there is virtually no support structure for women who are experiencing or are facing violent intimate partner relationships. There are no shelters for women to go out and stay safe. The Women’s Commission has been a dead entity for many years now. So where do women go to seek help or support? “