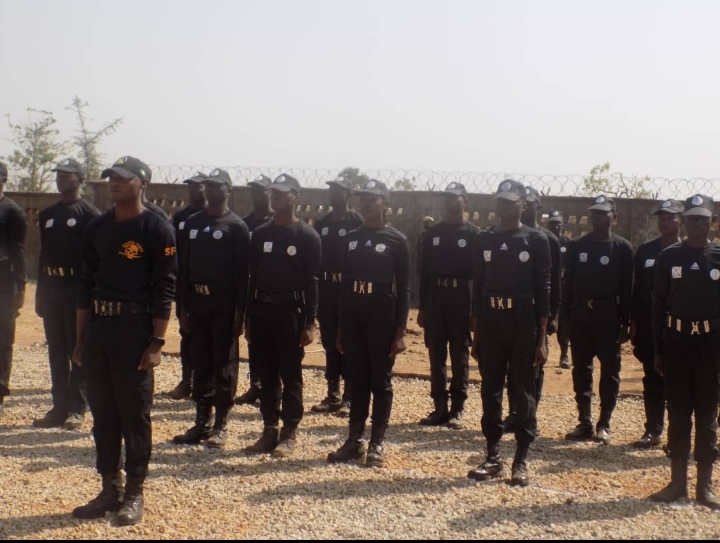 The special task force, Operation Safe Haven, which maintains peace in the Plateau and parts of Kaduna and Bauchi states, has trained 103 youths in armed combat and intelligence gathering.

The training is part of the army’s efforts to tackle insecurity in southern Kaduna state.

The graduation ceremony for the trainees was held at the OPSH Sector 7 Command in Kafanchan, Jema’a Local Government Area, Kaduna State.

Speaking at the trainees’ graduation on Saturday, Sector Commander Colonel Timothy Opurum said the formation and training of civilians had been informed by the displacement of some communities by bandits in 2021.

He said, “What prompted this formation was the displacement of people living in Jankasa and Kachechere villages under Ungwan Gaya district.

“On this basis, I attracted these young people among all the natives who had been displaced from this place and gave them basic training.

Opurum noted that the issue of security is a collective responsibility, hence the need for residents to get involved in the fight against crime.

“Security is everyone’s business and no single organization can have a monopoly on guaranteeing security.

“It is on this basis that we felt it was necessary to support the community in creating a safe environment for socio-economic development.

“We may not eliminate crime completely, but if we work together we can reduce crime to a bare minimum,” he said.

According to him, the civilian joint task force includes young people selected from different ethnic groups and religions.

Members of the civilian joint task force will work together under command control and supervision.

He said the joint civilian task force has been named the Coalition of Vigilantes Network and will work in synergy with other existing vigilante groups to achieve a common goal.

“Other vigilantes out there are doing their best, but it seems like something is missing and that thing that’s missing is synergy.

“I’m trying to create synergy and bring together all vigilante groups, including all legions and hunters,” he said.

He thanked the commander of the OPSH, Major General. Ibrahim Ali, for his support for the success of the exercise.

Gwamna also commended the youths for their selfless service to their homeland in pursuit of peace.

The legislator, however, advised them against allowing themselves to be used as political thugs for selfish interests.