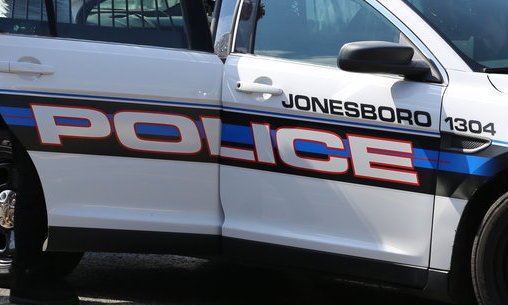 A Jonesboro Police Department officer is on paid leave after shooting and wounding an 18-year-old armed youth in Helena-West Helena on Thursday afternoon, according to an Arkansas State Police news release.

Talley was one of the officers who encountered 18-year-old Travon Brewer walking along Walnut Street carrying a rifle, according to the state police release.

Task force members were at the 1500 block of Cherry Street, one block east of Walnut Street and about 3/4 of a mile north of the city’s Court Square Park, at around 12:45 p.m. Thursday , according to the press release. The task force was searching for a fugitive when they heard gunshots nearby. Talley and another Jonesboro Police Department officer separated from the group to investigate the shootings.

Upon meeting Brewer, officers ordered him to drop the gun. According to state police, Brewer ignored orders and raised the rifle in the direction of the two officers. Talley then opened fire on Brewer with his service weapon, state police said.

Brewer was injured, but ran about 300 feet north-northwest before collapsing near 318 Monroe St.

The two officers provided lifesaving measures until an ambulance arrived and took Brewer to hospital in Memphis, where he was reported to be in stable condition by Friday afternoon.

Arkansas State Police investigators will provide the Phillips County District Attorney with their findings to determine if the use of force was legally warranted.

This story has been updated with the identity of the Jonesboro officer. It was originally posted at 4:15 p.m.