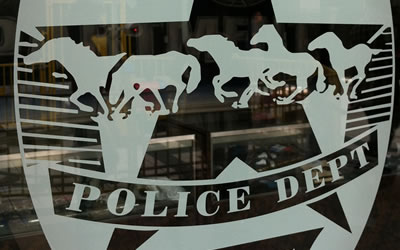 Irving police shot and killed a gunman after opening fire inside a patient room at the emergency wing of Baylor Scott and White Medical Center in Irving TX.

One of the nurses entered a room to check on a patient when she noticed he had a gun. She immediately contacted the police.

“It wasn’t a situation where she walked in and someone said, ‘Oh, I accidentally brought my gun here. That wouldn’t have been alarming, would it? She reportedly said, “Okay, well, we gotta get this out of here.” It was her behavior with the possession of that firearm that worried her, and that’s why she called the police,” Irving police spokesman Robert Reeves said.

A hospital police officer and an Irving police officer who were at the hospital on an unrelated call confronted the man. He fired a bullet at the officers, who returned fire.

The 34-year-old succumbed to his injuries.

Police have not released his name and the incident is still under investigation.

In a statement, Baylor Scott & White said, “We appreciate the prompt response from the Irving Police Department, who are still on scene this evening. Patient care continues as normal.”

Michael McPhail, 34, went to the hospital for medical reasons around 7 p.m. and was waiting in one of the emergency rooms.

When a Baylor Scott & White Hospital staff member checked on McPhail, she noticed his unusual behavior and that he had a handgun in his possession. This behavior was concerning and she contacted a Baylor police officer. Hospital staff asked an Irving police officer who was at the hospital for an unrelated incident to help.

McPhail was in his room and officers were talking to McPhail to investigate the gun issue. McPhail fired a shot into the room. Additional Irving officers arrived at the hospital.

As officers attempted to convince McPhail to drop the handgun, he pointed the gun at officers and then fired at them. These agents fought back. McPhail succumbed to his injuries and no one else was hurt.