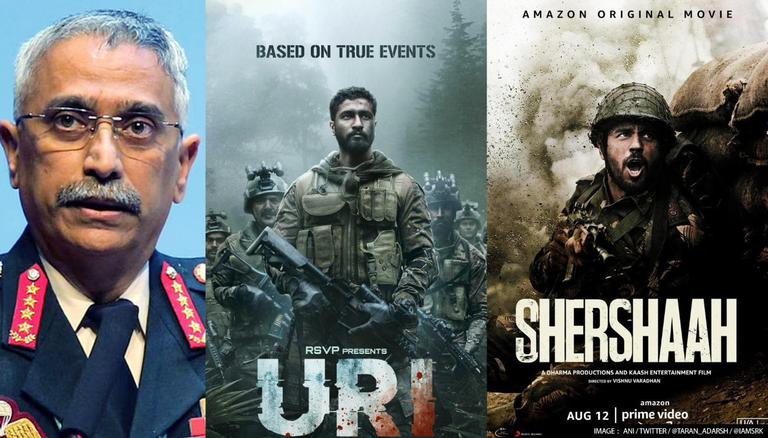 Army Chief General Manoj Mukund Naravane, during a speech at a Federation of Indian Chambers of Commerce and Industry (FICCI) event, said that war films such as Uri and Shershaah transmitted the challenges and sacrifices of the war zone to the masses. The Indian Army Chief of Staff said that the Indian film industry has a close relationship with the armed forces.

Speaking at the FICCI event on Wednesday, General MM Naravane spoke about the contribution of Indian film industry to nation building.

“The profession of arms and the cinema, although diverse in their very nature, have one thing in common: they have both contributed immensely to nation-building,” General MM Naravane said in his speech. He further added that a good movie will entertain, enlighten and inspire audiences in many ways.

“We grew up watching war movies like Vijeta and Hindustan ki Kasam, but for the younger generation I have to mention Border, Uri and more recently Shershaah,” Indian Army Chief General MM Naravane said.

Speaking of recent movies like Uri and ShershaahMM Naravane, who is also India’s Chief of Defense Staff after the death of Major General Bipin Rawat, said: “These films have brought to the masses the challenges and sacrifices of the war zone. .

He also mentioned songs from Indian movies that have been immortalized because of the emotions they convey. The eternal song “Ae Mere Watan Ke Logon” could move the whole nation and was included in the Beating the Retreat ceremony this year, he said.

“We must open up all opportunities for women in Indian society”, says General MM Naravane

During his speech at the FICCI event, General M. M. Naravane also spoke about the importance of women for the growth of India. He said, “As a society, we need to work to empower women from the bottom up. Empowering women must not remain a mere slogan but translate into tangible results. He further added, “We will also have the first batch of female combat pilots graduating later this year.”

As a society, we must work to empower women from the bottom up. #Women empowerment must not remain a mere slogan but translate into tangible results: the Chief of the Defense Staff, General MM Naravane, at @FICCIFLO Tri-Services ‘Celebrate Women’ event. pic.twitter.com/FXzsDpHah0

The army chief said outdated norms that limit equal treatment to men and women are no longer acceptable in Indian culture. We must open up all opportunities for women in Indian society, be it the corporate sector or the military, he added.

get latest entertainment news from India and around the world. Now follow your favorite TV celebrities and TV updates. Republic World is your one-stop destination for trends bollywood news. Tune in today to stay up to date with all the latest news and headlines from the world of entertainment.