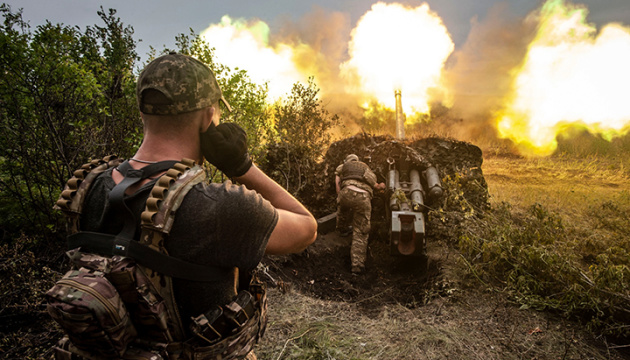 Since September 15, missile and artillery units of the Armed Forces of Ukraine have been maintaining fire control at crossing points in the southern regions. Over the past 24 hours, Ukrainian defenders have eliminated 12 Russian soldiers and destroyed 7 units of enemy vehicles.

“As of 1:00 p.m. on September 15, the situation in the Southern Buh Operational Zone remained stably difficult, but controlled by the Defense Forces. Active combat operations continue along the entire line of contact. the enemy are focused on holding captured territories, as well as inflicting maximum casualties on our troops through the use of ranged missile and artillery attack tactics and air strikes,” said Vladyslav Nazarov, spokesman for the Southern Operational Command, reported on Facebook.

According to him, missile and artillery units of the Ukrainian Defense Forces carried out more than 140 firing missions, including in the area of ​​concentration of enemy personnel and combat equipment in the suburbs of Kherson. The Kakhovka bridge is under the fire control of Ukrainian forces, which makes its repair and use impossible, Nazarov stressed.

As reported by Ukrinform, from February 24 to September 15, the Ukrainian armed forces killed around 53,850 Russian soldiers, 200 of them in the last day.