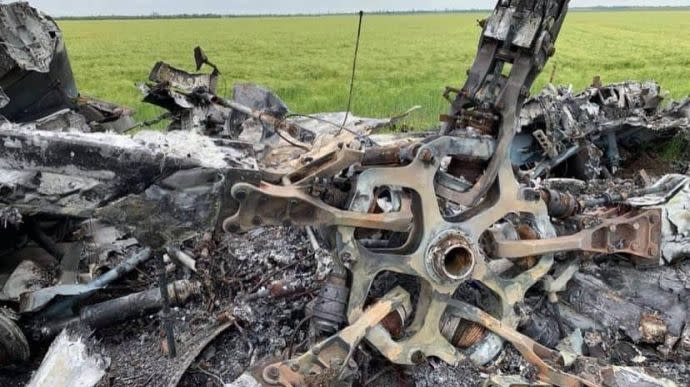 Ukrainian troops forced the enemy to withdraw from the village of Mykolaivka, Kherson Oblast.

Source: Summary – General Staff of the Armed Forces of Ukraine from 6:00 p.m.

Literally: “During the successful offensive of units of the Defense Forces, the enemy suffered losses and retreated from the village of Mykolaivka, Kherson Oblast, which caused panic among the military of other units of the Armed Forces of the Russian Federation” (there are several villages with the name Mykolaivka in Kherson Oblast, and it is not clear from the summary of the General Staff we are talking about – Ed.)

Details: Generally on Pivdennobuzkyi front, the enemy conducted no active military operations. He fired at civilian infrastructure in the areas of the settlements of Posad-Pokrovske, Osokorivka, Novovorontsovka, Blahodatne, Partyzanske and others.

On Slobozhansky at the front, the enemy continues to prepare for the offensive, conducts research on ways to advance, supplies weapons, military equipment and material resources from the territory of the Russian Federation.

In order to reduce the offensive potential of the Ukrainian troops, the Russian forces fire on the positions of the Defense Forces from cannons and rockets.

On the Kharkiv Front the enemy did not conduct active offensive operations. Their main efforts are aimed at deterring the actions of Ukrainian units. They fired at civilian infrastructure in the settlement areas of Odnorobivka, Udy, Ruski Tyshky and Cherkaski Tyshky.

On the Sloviansk front, the enemy continues to regroup his troops to resume the offensive in the Izyum – Barvenkovo ​​​​and Izyum – Slaviansk directions. In the direction of the settlement of Kurulka, they tried to conduct assault operations, were unsuccessful and retreated to previously occupied positions.

On the Donetsk front, in addition to artillery attacks, the enemy carried out air strikes in the Novoselivka and Lysychansk regions, as well as rocket strikes in the areas of the Soledar and Siversk settlements.

On the Lyman front, the enemy regroups and prepares for an offensive. They tried to spot the advanced routes through the water obstacles.

On the Sievierodonetsk front, the enemy conducts assault operations in the areas of the settlements of Sievierodonetsk, Toshkivka and Ustynivka, and the fighting continues.

On the Bakhmut front new fighting continued in the areas of the settlements of Kumyshuvakha, Novoluganske and Berestove.

On Avdiivka, Kurakhiv, Novopavliv and Zaporizhzhia in front of the enemy does not succeed; he tries to strengthen the group and make up for losses at the expense of obsolete and restored equipment.

On the Kryvyi Rih front, the enemy fired on Ukrainian troops with artillery and fought a counter-battery struggle.

On the Volyn and Polisia fronts, there are no particular changes. The Armed Forces of Belarus continue to check their combat readiness until June 4 this year.

On Siversk front, the enemy continues to carry out artillery attacks from the territory of the Russian Federation in the border areas, namely the settlements of Boiaro-Lezhaci and Manukhivka in Sumy Oblast and Yanzhulivka and Kamenska Sloboda in the Chernihiv Oblast.

In the Black and Azov seas, the ships of the Black Sea Fleet continue to carry out missions to isolate the combat zone, carry out reconnaissance and fire support in the direction of Primorsky. The enemy is blocking civilian shipping in the northwestern part of the Black Sea.

A sea-based cruise missile carrier of the Kalibr type is ready for the use of missile weapons in the Black Sea.

In order to provide a consolidated unit of the Armed Forces of the Russian Federation located on the Zmiinyi (Snake) Islandthe staff noted the passage of the landing craft “Diuhon” and two anti-sabotage craft “Raptor” in the direction of the island.

The occupiers continue to temporarily reinforce the air defense system of the territory Occupied Crimea. In some areas, the enemy additionally deployed up to two divisions of S-300 anti-aircraft missiles of the 4th Army of the Southern Military District.