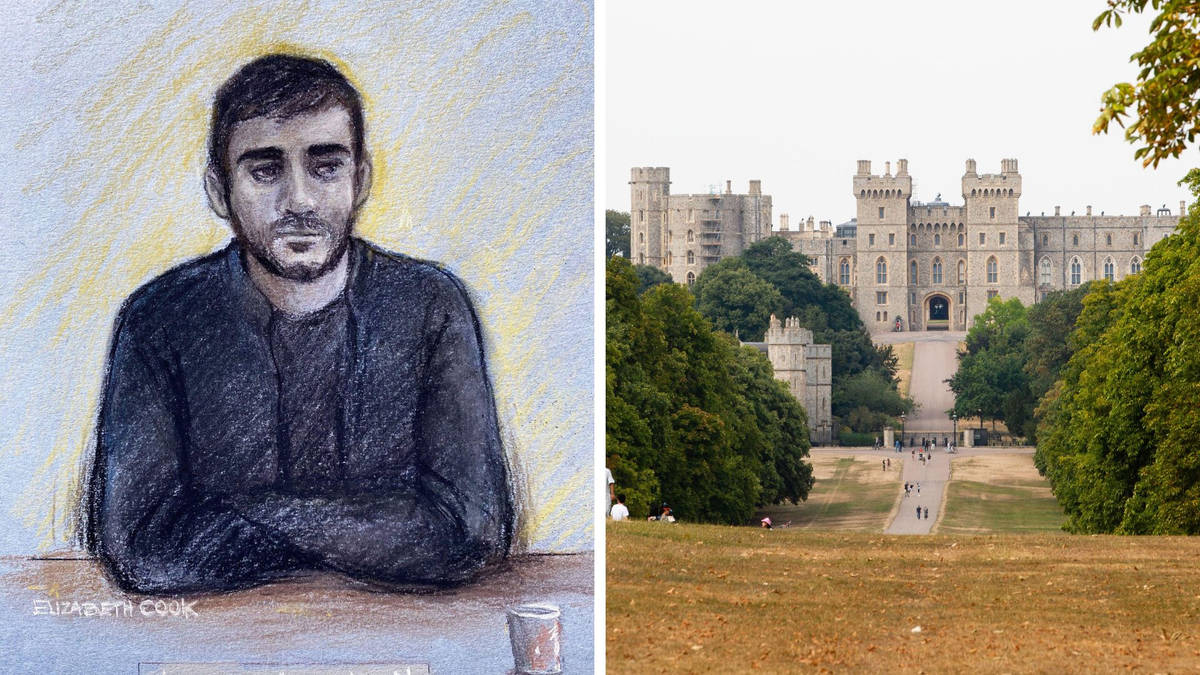 A man accused of carrying a crossbow on the grounds of Windsor Castle over Christmas says he was there ‘to kill the Queen’, a court has heard.

Jaswant Singh Chail, 20, appeared at Westminster Magistrates’ Court remotely on Wednesday, where he spoke only to confirm his name and date of birth. He has been in Broadmoor Psychiatric Hospital in Berkshire since his arrest.

Prosecutor Kathryn Selby told the court that a protection officer, guarding a door inside Windsor Castle – in an area not usually open to the public – saw Mr Chail slowly approach him in the morning of Christmas.

He pulled out his taser when he realized Mr Chail had a loaded crossbow with him and told him to get on his knees, the court heard.

Mr Chail allegedly told him ‘I am here to kill the Queen’.

The Queen was reportedly inside with other members of the Royal Family. She spent her holidays there rather than at Sandringham.

The arrest took place just hours before the emotional Christmas Day message, paying tribute to her late husband Prince Philip, was broadcast to the nation.

Mr Chail, of Southampton, is charged under Section 2 of the Treason Act 1842 with producing a weapon in the vicinity of the monarch, as well as charges of threatening to kill and possessing a offensive weapon.

No one has been convicted under this section of the Treason Act for over four decades.

After his Christmas Day arrest, the prosecutor told court detectives they found evidence of months of planning by Mr Chail on how he could gain access to the Royal Family.

It included applications to join the MoD Police and the Grenadier Guards.

Video was also reportedly discovered of a man wearing a mask similar to the one Mr Chail allegedly wore on Christmas morning.

In it, the court heard a distorted voice say, “I’m sorry for what I’ve done and what I’m going to do. I’m going to attempt to kill Queen Elizabeth.”

The court heard he said it was revenge against Indian settlement and treatment – pointing to the 1919 massacre in Punjab.

Chief Magistrate Paul Goldstring said despite an indication that Mr Chail had changed his mind about wanting to kill the Queen, he had decided there was potential he could still pose a serious risk to the public.

Mr Chail was not invited to plead but was taken into custody at Broadmoor Hospital before the case was sent to the Old Bailey on September 14.