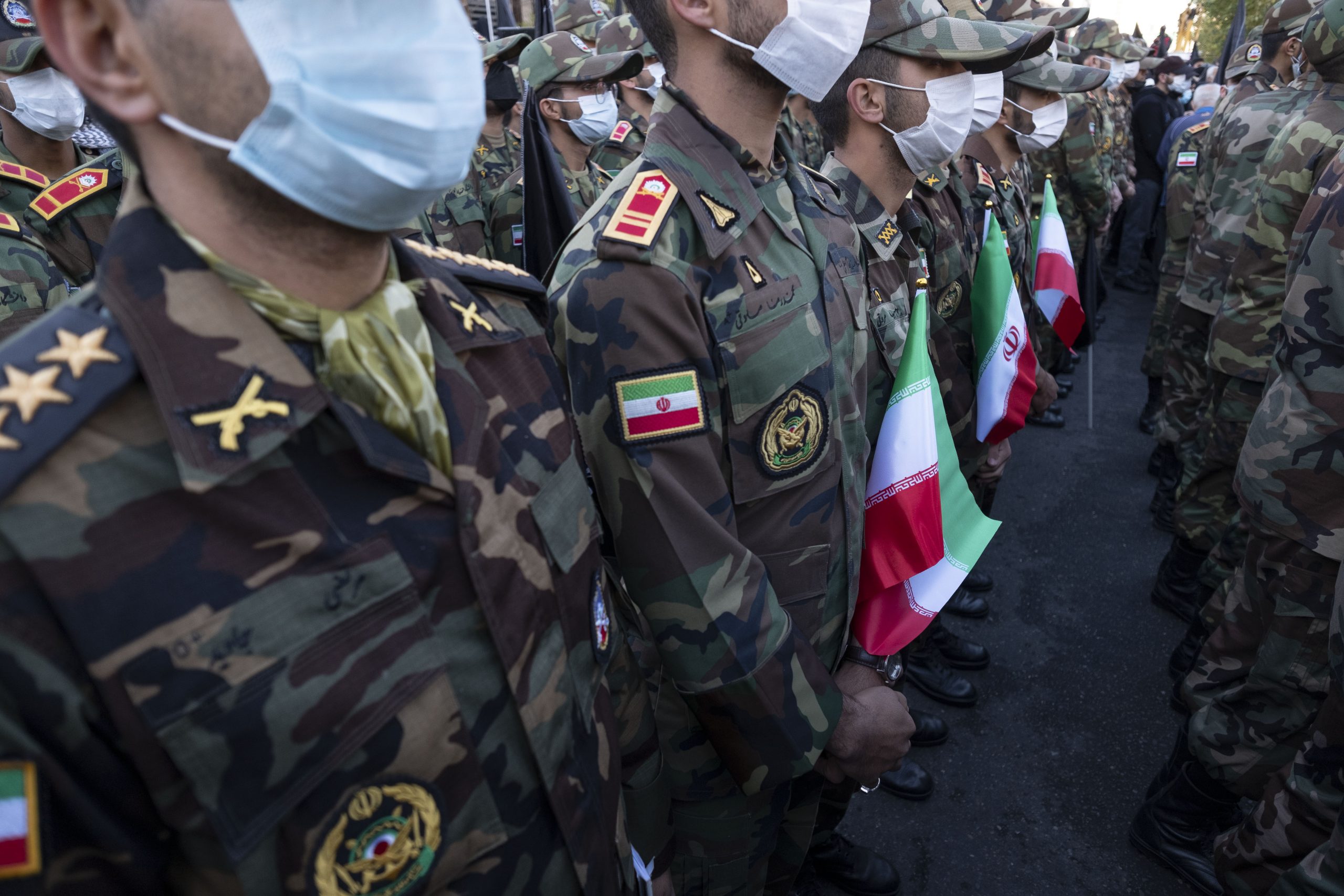 I was a 19-year-old high school student when I was ordered to report at 4 a.m. to the project law enforcement department headquarters in downtown Tehran. I waited for two long hours until several officers arrived from Artesh (Regular Army), Iranian Ground Forces, Air Force (IRIAF), Law Enforcement (Prison Branch), and Islamic Revolutionary Guard Corps-Navy (IRGC-N). They were instructed to select conscripts at random. Officers began pointing fingers at scruffy young men, ordering frightened recruits to stand in various lines associated with the military. The recruits then received documents telling them to report to one of Tehran’s bus terminals two days later to be sent to training camp.

I would end up being chosen by IRIAF, but the process was arbitrary. After undergoing basic training outside Semnan Air Defense Base, I received poor training as a member of the military police and mostly did clerical work.

Like other Iranian men seeking to come to the United States, an immigration officer asked me in 2004 about my previous military service. The officer seemed relieved to learn that my twenty-one months of mandatory service were in the Artesh or regular armed forces.

In 2019, the US State Department designated the Islamic Revolutionary Guard Corps (IRGC) as a terrorist organization, an unprecedented move against a foreign state’s military. This effectively barred any Iranian who served in the IRGC – conscript or otherwise – from entering the United States. Now, one of the latest issues in Iran’s nuclear talks in Vienna to relaunch the Joint Comprehensive Plan of Action (JCPOA) has been Iran’s demand that the IRGC be removed from the US list of Foreign Terrorist Organizations (FTOs). .

The statutory provision is found in Section 212 of the Immigration and Nationality Act, 8 U.S. Code § 1182. However, unlike members of al-Qaeda or the Islamic State of Iraq and al -Sham (ISIS) – whose members are presumably committed to the groups’ terrorist ideologies, goals and methods – most IRGC members are conscripts and had no choice which military branch they would join for perform their required military service.

Also, most conscripts, especially those without a college education, end up doing manual labor, such as cleaning, cooking, or construction or, if they are lucky and have relationships, drive for a senior officer. Most IRGC recruits also end up doing similar jobs, including running personal errands for officers.

Depending on their field, those with higher education may find themselves with higher status functions. Lawyers, for example, can work as the equivalent of a Judge Advocate General in the U.S. military, investigating crimes committed by the military. A computer engineer would serve as a computer operator and so on. Like less educated conscripts, they are often punished for minor infractions. In the case of the IRGC, a clean-shaven face could result in three extra days of service, as a number of friends who have been recruited by the IRGC have told me.

Since the end of the Iran-Iraq war in 1988, most Iranian conscripts have not fought and their military service is often devoid of combat training. They are also often abused by officers. Like most conscripts around the world, Iranians are eager to return to civilian life as soon as their compulsory draft ends. However, unlike their government, which has hostile relations with the United States, many of these conscripts yearn to pursue a better life in the United States and fulfill their dreams.

Indeed, it can be argued that only a small minority of IRGC operatives, particularly those who served in the elite Al-Quds Force – the outer arm of the Guard – engage in acts that could qualify as terrorism or supporting terrorism in countries like Iraq, Syria, Yemen and Lebanon. The IRGC is made up of approximately 190,000 active members at any one time, the majority of whom have been conscripted.

Iran imposes compulsory military service on all Iranian men when they reach the age of 19. The first compulsory military service bill was passed ninety-six years ago during the reign of Reza Shah Pahlavi. The bill was later amended in the 1980s after Iraqi dictator Saddam Hussein invaded Iran in 1980; he declares that it is the duty of “all Iranians” to defend the independence and territorial integrity of Iran. Any Iranian who does not provide documentation of his military service status cannot obtain a passport or conduct legal activities.

However, the law provides for exceptions in certain circumstances. For example, those who are accepted into universities are exempt while studying but must register after graduation. They must report on a specific date to the headquarters of the project’s Law Enforcement Department – a unit of the Iranian police – which is in charge of paperwork and summoning recruits for service.

In addition, the law provides exemptions for people with serious health conditions or the “breadwinners” of the family. However, most of these exemptions are valid only in times of peace and holders of an exemption card are required to report for work in the event of mobilization in time of war.

It is not yet clear whether a US decision to lift the IRGC’s FTO designation will erase the stigma of having served in the organization with respect to US immigration (separate financial sanctions against the IRGC will remain). Considering the tens of thousands of Iranians the IRGC has conscripted over the years, it is likely that many have relatives who are part of the larger Iranian diaspora in the United States. To deny so many young men the opportunity to pursue their dreams for crimes they did not commit robs the United States of its potential contribution and contradicts the ideals upon which the United States was founded. Indeed, the Iranian diaspora community is one of the most successful minority ethnic groups in the United States, with many famous scholars, scientists, and scholars.

Allowing these people to travel to the United States can also be an effective tool to counter Islamic Republic propaganda, which positions the United States as the enemy of Iranians. After the bitter experience of the Donald Trump administration’s “Muslim ban”, the subsequent withdrawal from the Iran nuclear deal and the “maximum pressure” campaign, the easing of immigration restrictions by ‘Innocent Iranians, who had no choice but to serve in the IRGC, could be a side benefit of restoring the JCPOA.

Sina Azodi is a Nonresident Scholar at the Atlantic Council and a Visiting Scholar at the Institute for Middle East Studies at George Washington University. He is also a doctoral candidate in international relations at the University of South Florida. Follow him on Twitter @Azodiac83.

A history of continuity in Iran’s long nuclear program

Iran’s interest in developing a nuclear deterrent is often attributed to the Islamic Republic. However, in reality, this interest predates the 1979 revolution and reflects a deep desire for national prestige and development, as well as a need to deter regional rivals.

An escalation of the Israeli-Iranian conflict could sink the JCPOA

The rise in tensions between Israel and Iran has reached an alarming level in recent weeks. What was once a shadow war of covert operations, sabotage and proxy conflict is morphing into a more direct military confrontation between long-standing regional adversaries.

Image: Iranian army servicemen hold Iranian flags as they attend a funeral of unknown martyrs of the Iran-Iraq war (1980-88) in downtown Tehran on January 6, 2022. Thousands of Iranians attend funeral for 150 Iran-Iraq War (1980- 88) Unknown Martyrs found by Iranian Martyrs Survey Group in the main battlefield 34 years after a ceasefire between Iran and Iraq in 1988. (Photo by Morteza Nikoubazl/NurPhoto)