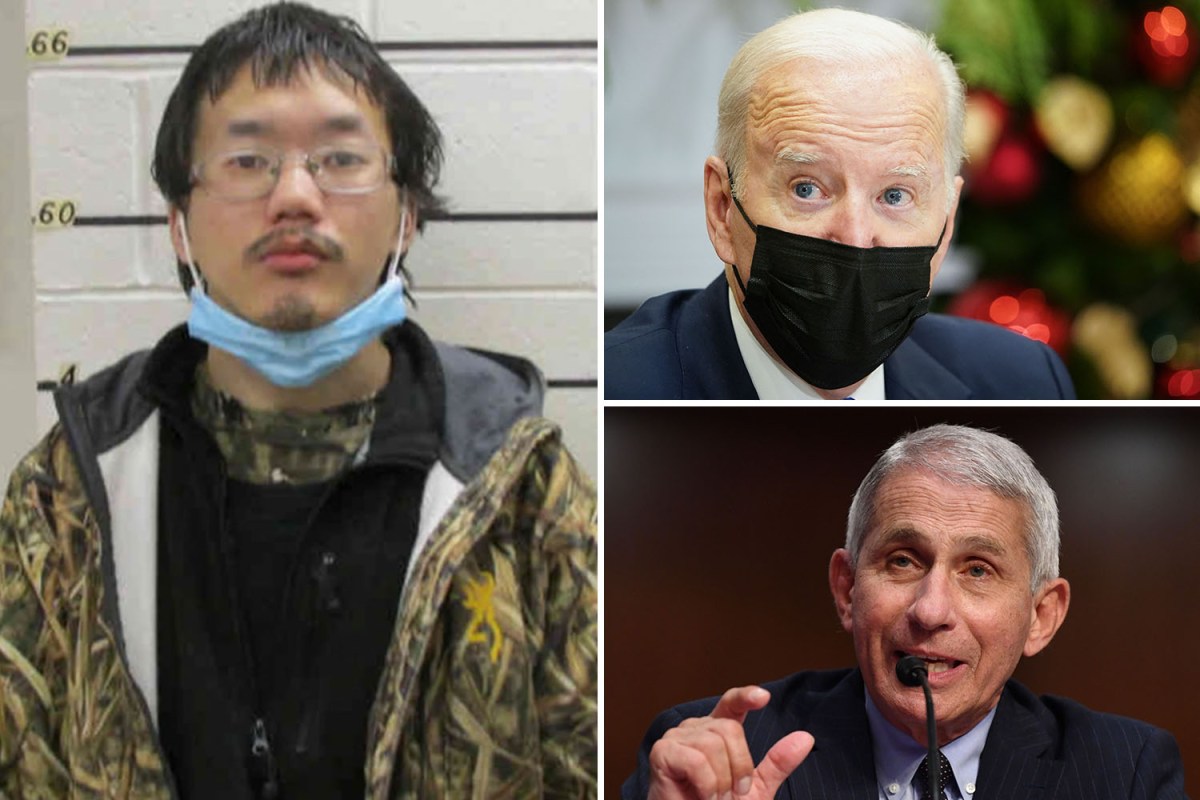 A HEAVILY armed man with a “TikTok hit list” that included President Joe Biden and Dr. Anthony Fauci has been arrested on his way to the White House, police say.

Xiong had the White House address in his GPS and told police he was on his way to ‘fight evil demons’, according to a criminal complaint reviewed by The New York Post.

“Xiong said nothing would stop him from carrying out his plan to gain access to the White House and kill the people on his ‘blacklist,'” the lawsuit reads.

Arrested during a traffic check

Police arrested the 25-year-old from Merced, Calif., for speeding on Interstate 80 in Cass County, Iowa.

That’s when officers found the assault rifle, ammunition and loaded magazines, in addition to money “planned” for his funeral, according to court documents.

During the traffic stop, police said Xiong made statements about his “disapproval of the government due to child sexual abuse”.

In subsequent interviews, investigators said Xiong showed them a sketch of the White House grounds.

He had identified a “weak spot” in the White House perimeter and planned to scale a fence using the grappling hook found in his car, according to the criminal complaint.

He reportedly told police he would immediately continue to travel to the White House to complete his plan if released.

In conversation with investigators, Xiong said he used TikTok “to compile a list of evil individuals he intended to kill.” The Sacramento Bee reported.

Xiong added that he “would kill President Joseph Biden if he did not promise to comply with Xiong’s demands,” according to documents.

The suspect gave investigators access to his cell phone to corroborate his statements, according to law enforcement.

They looked in his calendar and note apps and found “entries for ‘Survive supplies’ on October 19, ‘Safe life defense order’ (body armor) on 19 October, ‘Safe life fed defense’ on 22 October, “Rifle pickup” on October 29, “Silencer order” on November 5, and “Save USA” on November 20, 21 and 27,” according to the complaint.

Few details of Xiong’s background have been released except that he is a former grocery store clerk.

He reportedly has “no intention of returning to California to see his family because he plans to die battling evil demons in the White House,” The Sacramento Bee reported.

Xiong was charged with making criminal threats against a former president.

He made his first court appearance on December 27.